Coming to the topic, a new patch for the game has gone live. The latest update to the game has arrived with version 12.21. It has brought a lot of enhancements & bug fixes to the game.

While looking in the game code files of the update 12.21, data miners have revealed some new challenges which will become part of the game soon. These new challenges are called Awaken Oro challenges. Have a look at the list of challenges down below. 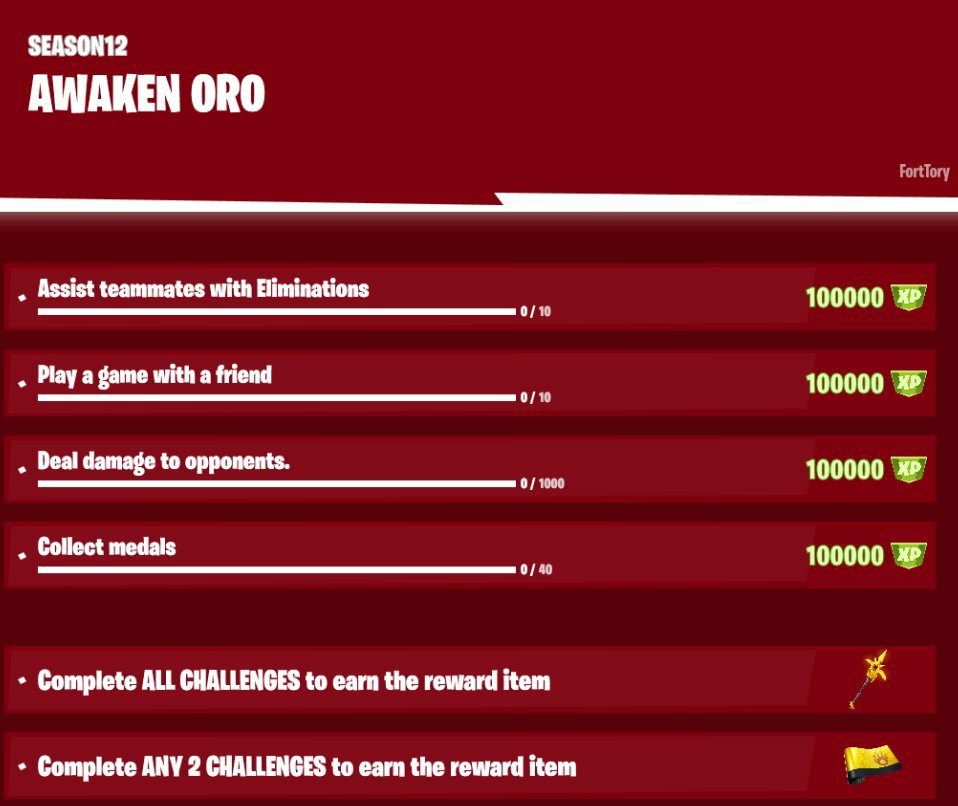 Well, there is no clear date when these challenges will go live in the game. Fortnite update 12.21 has also brought a slew of bug fixes to the game which you can check down below.