If you are wondering why Fortnite is not working properly for you, fret not, as it is currently having issues & many players are experiencing matchmaking errors in the NA-East region. 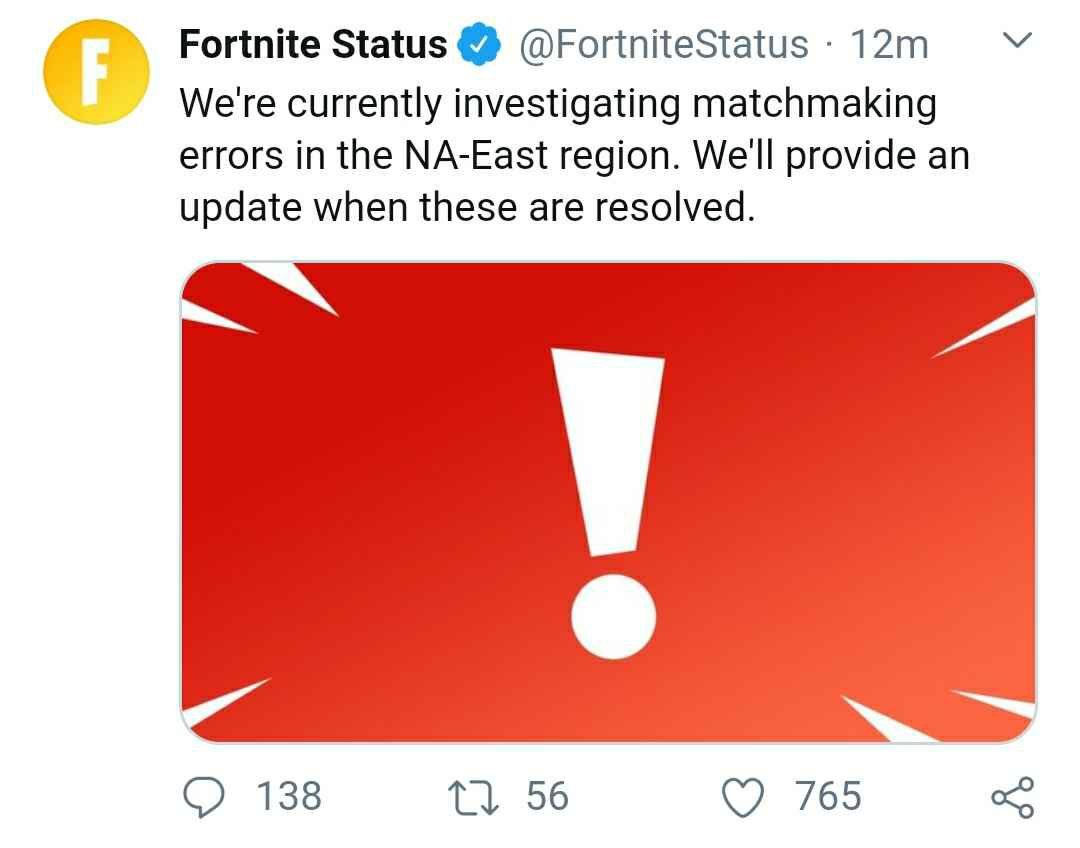 We certainly hope that developers will resolve the issue soon. We are keeping a close watch at this issue & will update you with more information whenever any another update will arrive.

Fortnite is one of the most popular battle royale games. The game has three distinct modes, but players play the battle royale mode. Its battle royale mode is free-to-play where 100 players pit into a map to fight to be the last one standing. Around 125 million players played the game in its first year of the run, beating all other battle royale titles. It is revamped with a new map in chapter 2, and recently its season 2 was launched for all platforms.