Fortnite, one of the most popular battle royale game was launched in 2017. Since then the game has broken several records & ruled Twitch charts for many weeks. Fortnite game features two modes – Battle Royale & Save the World. Among these two modes, Fortnite Battle Royale is very popular among fans.

Well, in an official blog post, Epic Games Twitter handle has said that some players are having extremely long load times when loading into Playgrounds or Creative. They are currently investigating the issue and will provide an update on this issue when they will fix it. 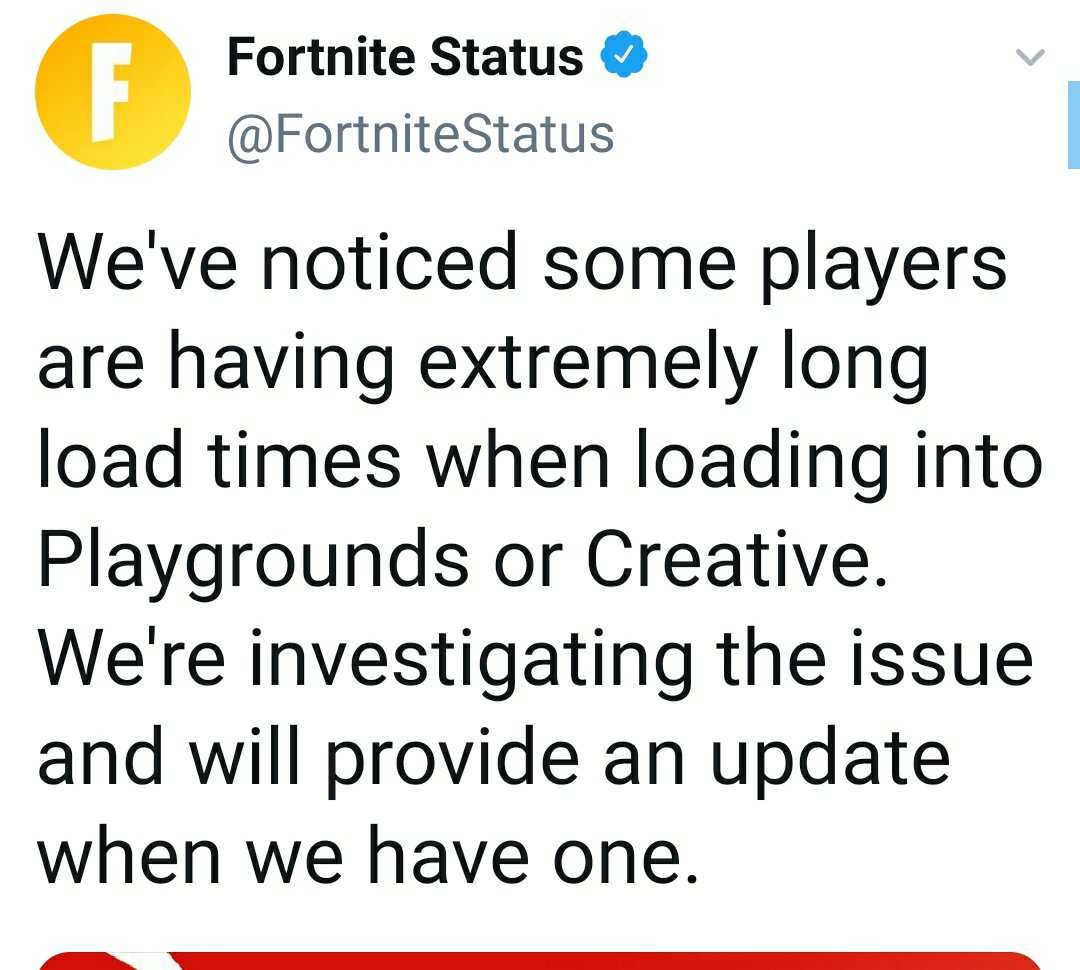 For a quick recall, Fortnite Chapter 2 is currently live in the game, and it has brought a variety of changes to the game. Fortnite Chapter 2 has added many new locations to the map which includes the following: Holly Hedges, Dirty Docks, Frenzy Farm, Lazy Lake, Slurpy Swamp, Weeping Woods, and Beachy Bluffs.