Fortnite, one of the most popular battle royale game was launched in 2017. Since then the game has broken several records & ruled Twitch charts for many weeks.

Leaks regarding Fortnite are pretty common, as there are many data miners. Today, iFireMonkey has leaked the upcoming overtime challenges which will give 52000 XP each. The challenges will be called Cameo vs Chic. Have a look at them below. 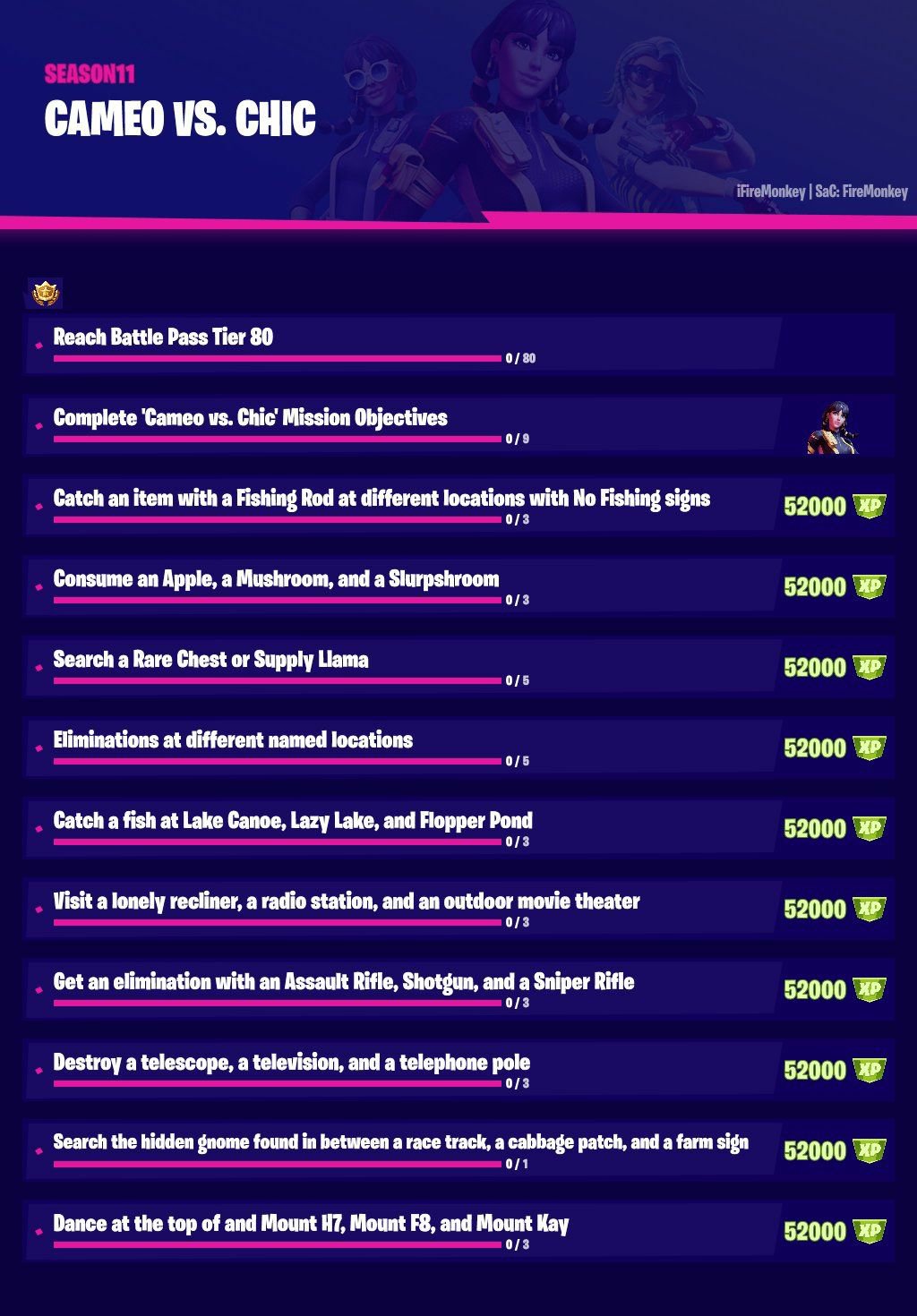 These challenges are expected to go live on January 30. But this is leaked data & should not be believed for sure. Players should take this leak with a pinch of salt & wait for the official news from Epic Games.