Fortnite is one of the best battle royale games that are currently available on the market. The game was released in 2017 & since then it has been running strong. It is available for play on all the major platforms including PC, Xbox One & PS4.

Well, players are gearing for Fortnite Chapter 2 Season 3 which is just around the corner. According to data miners, the new update will bring a lot of new content to the game. Also, leaks are suggesting the new season might feature a new map.

Coming to the topic, players were having issues with the Kingsman Challenge from the past few weeks. Well, if you are facing with the issue with this challenge, fret not, as Epic Games have taken the root of Twitter to make an announcement. 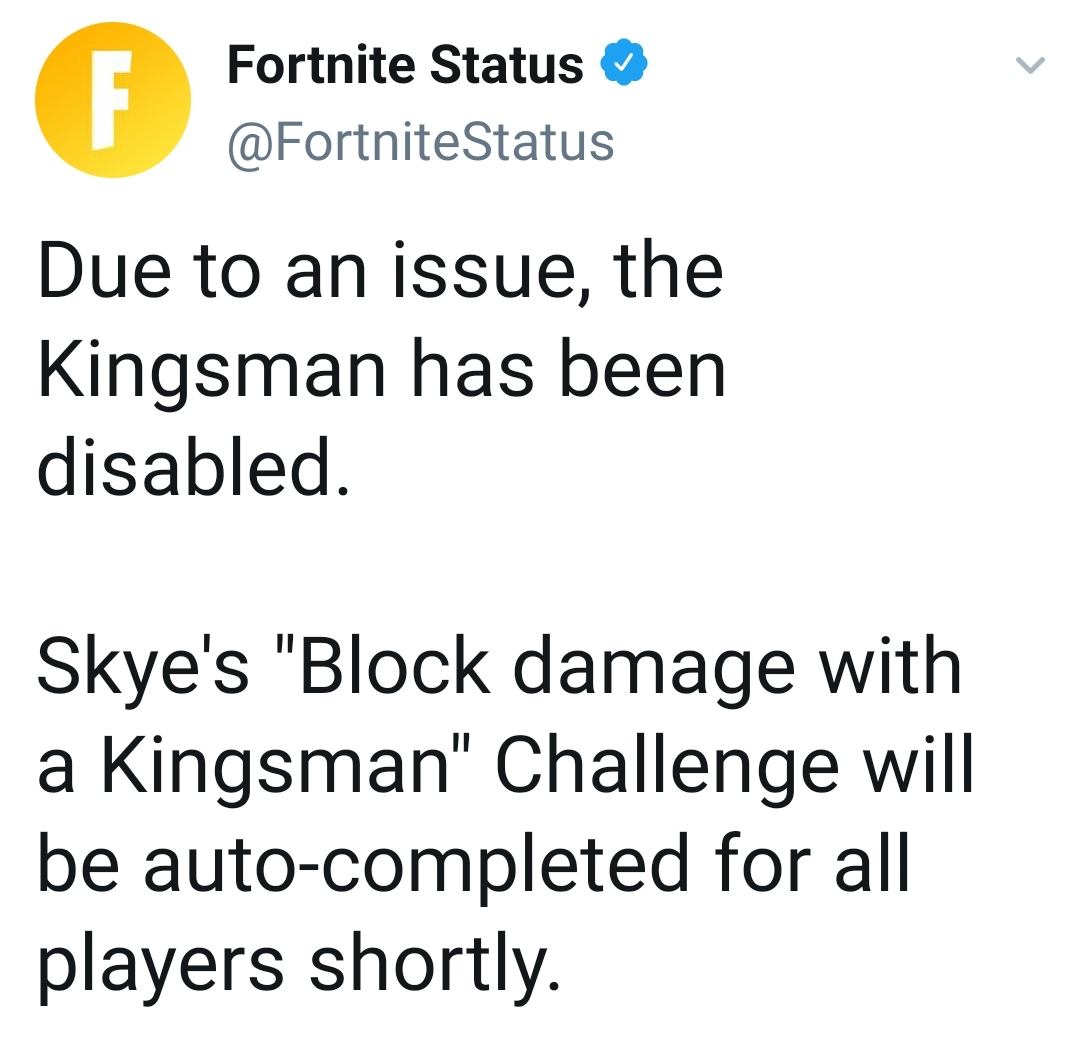 Devs have now disabled the Skye’s “Block damage with a Kingsman” Challenge. It will be auto auto-completed for all players shortly. Well, players are now waiting for update v12.60 which will fix the Dragacorn Glider issue.

Well, we will be covering all the details pertaining to the update 12.60. Also, Season 3 for the game will kick off on June 3, which might feature a new live event. So stay tuned with us, for all the latest updates & patch notes.

[official update] Snapchat down – App not working & crashing for many users

[official update] Snapchat down - App not working & crashing for many users