Dive into the enchanting world of Athia in Forspoken, the latest action role-playing game from Luminous Productions, a Square Enix studio. Put yourself in Frey’s shoes as you take on the role of this young woman with mysterious powers. Forspoken also introduces an exciting Parkour mechanic to the mix! Explore vibrant landscapes and traverse treacherous obstacles with unique parkour moves. In this tutorial, we’ll guide you through every one of these magical parkour moves in Forspoken, so read till the end! 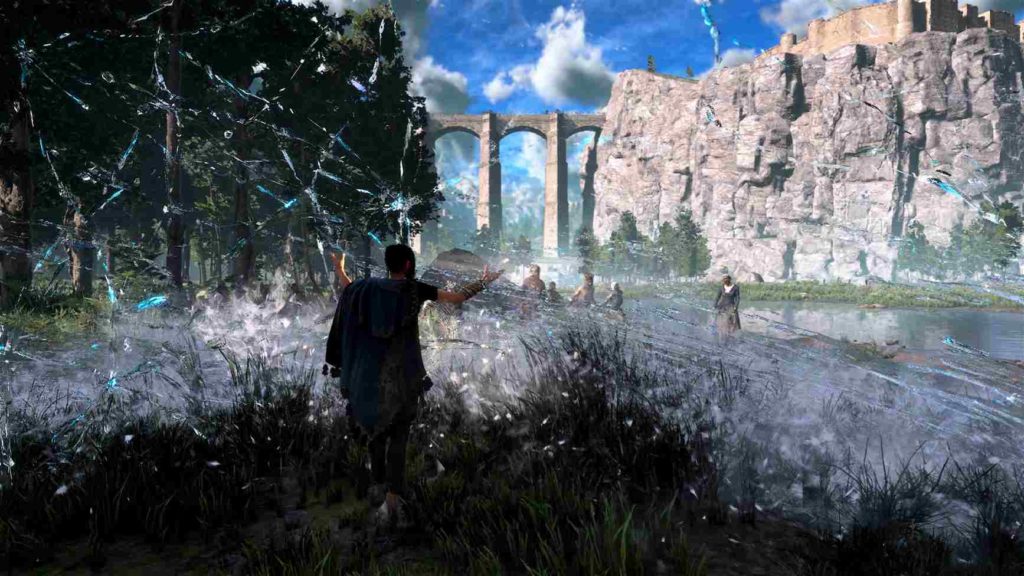 In Forspoken, the Parkour mechanic is connected to the player’s Stamina. It may seem like a hindrance to the effortless flow of parkour, but this actually enhances the system! Players can link these acrobatic moves together, which can reduce or even restore their stamina bar. This provides an unparalleled level of challenge and excitement when playing – every successful move is met with a thrilling sense of accomplishment. So, what are these powerful maneuvers? Here’s a list of all the amazing Parkour moves you can do in Forspoken!

Frey’s magical abilities give her the power to traverse the tallest peaks without fear of deadly consequences. With a wave of her hand, she can invoke the forces of Float to cushion her descent and conquer impossible heights. Now you too can survive treacherous falls and explore the highest heights with Frey as your guide!

This move is the basis of the parkour system in the game. Frey can clear every minor obstacle with a dash, using the essential flow of parkour to propel her forward. This move is perfect for starting her chain of movements, allowing her to soar like a bird. It takes a lot of stamina to fuel this move, but with clever chaining of other movement techniques, Frey can keep her stamina abundant to run wild and free.

Frey’s Glide ability enables her to soar across the waters of Forspoken. There are a lot of water bodies in the game where this move will be extremely handy. With this newfound freedom of movement, water won’t be a hindrance in their exploration of Athia.

The Leap ability, aptly named, is a move that enables Frey to propel herself off a wall to reach higher elevations. By using the momentum of her jump, Frey can ascend far above her previous location. This ability can be chained with other climbing moves like Soar and Scale.

Running around with Flow, you’ll sometimes catch a glimpse of Frey as she bursts forward in a blaze of fire. Time your button press just right and she’ll dash even further, as well as restore some of that precious stamina! The Rush move goes hand-in-hand with the Flow move.

Frey harnesses the power of her magical skills with the Scale move, launching herself into the sky. By chaining it with other techniques, she can ascend walls, cliffs, and any other vertical barriers that stand in her way. The soar move has great synergy with this Scale move.

Soar is another important parkour move that grants you the power to defy gravity. Blast off into the sky with rapid vertical ascensions. Pair this move with the scale move mentioned earlier for scaling walls and other obstacles in the game.

Shimmy is one of the most effective techniques for traversing long distances in Forspoken, as it gives Frey a much-needed boost to her long jumps. Players can use this move to traverse through Athia at a blistering pace.

Frey launches a spark of magic, a tether that is Forspoken’s version of a grappling hook. With it, she can hook onto distant anchor points and propel herself forward. This move can be combined with other moves in the players’ repertoire to cover massive swaths of area.

So those are all the available moves in the new Forspoken game. With it, we have come to the end of this guide. We hope it helped provide you with all the necessary information you needed. Stay tuned to Digistatement for more gaming-related content.

Forspoken System Requirements: Can your PC run it?