Last week, Ubisoft rolled out a new patch update for the For Honor game. The new patch included some new content to the game, but according to the official statement, the patch majorly focused on eliminating major bugs, which were reported by the community. And along with bug fixes, several improvements have been done in the game features.

Well, today, the developers are rolling out a new patch update for the game. The new update brings patch 2.18.1 for the players across all platforms. The new patch doesn’t bring new content to the game but fixes several issues related to Blades of Persia and customization.

In a Twitter post, Ubisoft has confirmed that the new patch will be available after the server maintenance in the game. Well, here, we will be mentioning what’s new in the title update and also, you can check out the official patch notes for finer details. 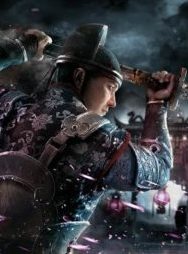 · [Bug Fix] Removed a “Script” from certain shields as their possible interpretations were unintended: