Ubisoft is rolling out the new update to For Honor servers today. In a Twitter post, Ubisoft has confirmed that the new title update for the game would be available after the server maintenance in the game. Well, the server maintenance has been done, the update is rolling out now. Here, we will be mentioning what’s new in the title update and also, you can check out the official patch notes for finer details.

The new For Honor update brings patch 2.18.0. The new patch includes a few new contents, but according to the official Twitter post, the patch majorly focuses on eliminating major bugs, which were reported by the community. And along with bug fixes, several improvements have been done in the game features. 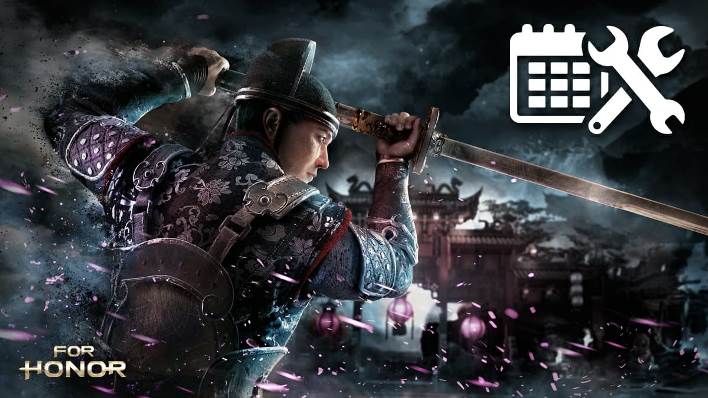 The patch brings improvements to the Breach based on the feedback of players. Other improvements have been brought for fighters. Well, we have mentioned the official patch notes below, make sure to check it out for finer details of the new patch update.

Developer Comments: Thanks to your feedback, Breach Testing Grounds allowed us to validate that we were going in the right direction with our update to make Breach more fair and more dynamic.

As a result, we are deploying the updated Breach on all maps.

For more information about the Testing Grounds learnings, you can consult our dedicated blog post on the topic.

Developer Comments: This change across the whole cast aims to substantially reduce instances where the attacker performs a Heavy Feinted into Guard Break and bounces off their opponent trying to parry their attack on the first possible frame and letting go of their Heavy, essentially winning the exchange by falling for the attacker’s mix-up.

This has caused frustration at all levels of play, especially when facing Heroes with quick Heavy attacks that used to only have 100ms of Guard Break Vulnerability, such as Gladiator, Aramusha, Conqueror, Orochi and Centurion Heavy Openers.

Note that if the defender tries to parry too early, the attacker is still expected to lose in the same situation.

Developer Comments: To encourage attacking in outnumbered scenarios, we have lowered the Guard Break Vulnerability of the whole cast’s chained attacks so that external opponents will have a much harder time landing guaranteed Guard Breaks in between a Hero’s attacks. This also help Heroes with no Light Finishers who can now opt to throw out Heavy Finishers to beat out Guard Break Attempts.

Developer Comments: These heroes were able to avoid Light Hit to Heavy Feint Guard Break mix-ups by back-dodging. With these changes, their total back dodge distance remains the same, but they will now be caught by chained Heavy attacks that are feinted into a quick Guard Break.

Developer Comments: We have adjusted several Heroes to ensure that they can more consistently land quick Guard Breaks from chained Heavy attacks. The changes are as follows:

Developer Comments: We noticed that the Commander phase in this particular map gave too much visibility on all Player positions, at all times, compared to other Breach maps. This especially favored Defenders, who have the high ground from the Commander’s defense position. We added several visual occluders which should help Attackers make their approach towards the Commander.

Developer Comments: Defenders have been unable to avoid traps placed underneath the one-way drop from the Defender spawn zone. The broken catwalk has been lowered to fully connect the navigational path. A drop is still present to the right side but does not grant a Drop Attack into to the Capture Zone.

The ladder at Capture Zone C was too unsafe and did not comply with security regulations and practices. Players could easily be ledged simply by coming off the ladder.

Developer Comments: The side bridges leading in to Capture Zone C have been an issue for some time now. They were either too narrow or lead to many ledge kills before the Player could even set foot inside the Capture Zone. They are both now equal in size and have railings along the sides. The Giant Tree roots were being used for stalling tactics as Players could simply run around them. This is no longer possible, and it also helps extend the comfort of the fight space within the Capture Zone.

Developer Comments: We realised that these spikes were not much of an issue of frustration to begin with and their removal wasn’t completely necessary. Enjoy!