The latest Battle Royale title, Call of Duty: Warzone released two days ago, and it has already achieved a remarkable milestone of 6 million player bases in 24 hours. The game supports up 150 players in a match with an exclusive redeployment zone called Gulag, where players compete in 1vs1 to get redeployed. Apart from Battle Royale mode, a mode called Plunder is available to play.

In the plunder, players play in a team of two, where they have to collect more cash than the opposite side. The first team who collects $1 Million triggers a two-minute timer, and the leading team after the timer’s end comes up a the winner.

Overall, Warzone has received a positive review, and great response from the community, but the great run of its debut is getting slowed down because of FPS, Crashes, Latency, and various matchmaking errors. Players are continuously facing these issues and expressing their views on Reddit and Twitter.

Keeping the issues on their top priority, Infinity Ward is looking into all of them. Have a look at the snapshot from the official Trello board down below. 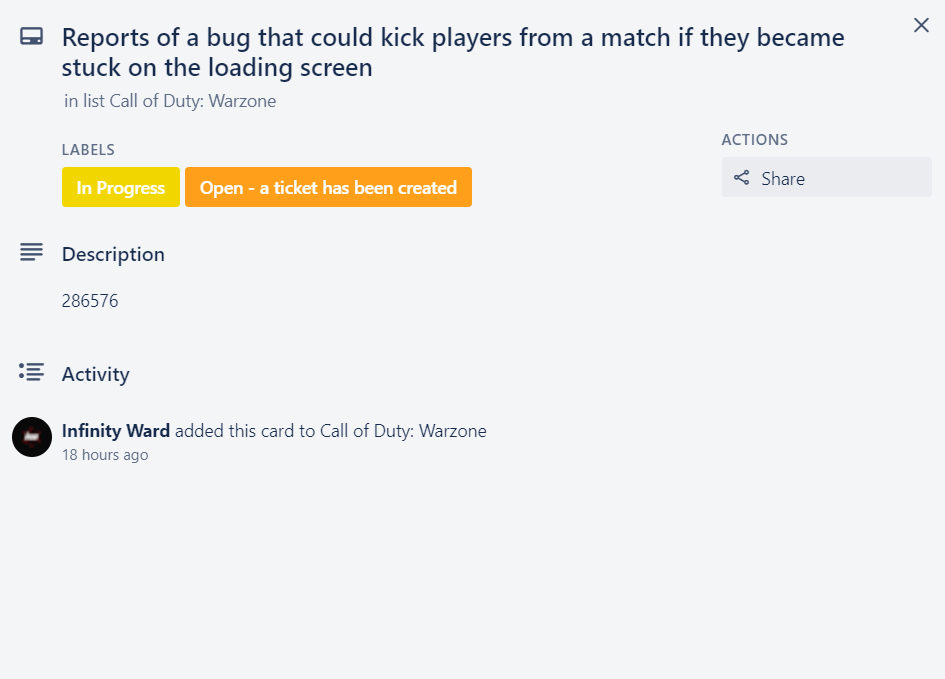 Now, we can only hope that Infinity Ward comes up with a small update very soon to fix the issues. For more updates, stay tuned.

Snapchat down – Stories not working for many users