MuseScore is simply a scorewriter software that’s available for macOS, Windows, and Linux, thus supporting a large variety of input methods and file formats. It has been released as a free and open-source software application approved by the GNU General Public License. It is very well accompanied by an online score sharing platform, freemium mobile score viewer, and the playback app. 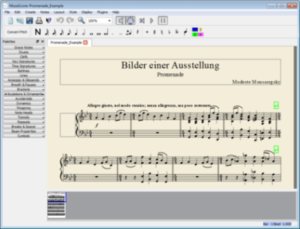 The main purpose of MuseScore is to provide the world with the creation of high-quality permanent musical scores while residing in the ‘What-You-See-Is-What-You-Get” surroundings. It supports mostly all the general things that are commonly used in sheet music such as MIDI input and output, unlimited staves, tablature, linked parts, and part extraction, lyrics, automatic transposition, cross-staff beaming, fretboard diagrams, and many more. There are also style options present in order to change the appearance and layouts, and these style sheets can also be saved and applied, at the same time, to other scores too. Pre-defined templates are also available for many kinds of ensembles. The functionality of the software can be easily extended by using all the types of freely available plugins.

But the latest update MuseScore 3.6 is facing some crashing issue, so let’s see how to solve this problem by the given steps below.

Now in this, you have to delete just one line: <layoutMode>line</layoutMode>

All you have to do now is save the file, and move it back into the mssz or you can also open in MuseScore directly, if the score doesn’t contain any images.