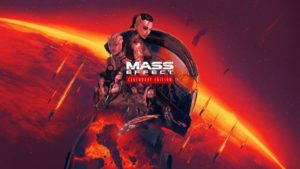 Recently released in May 2021, this is one of the thrilling and intense video games consisting of 3 games under the Mass Effect trilogy. It contains content from all these 2 games in the single-player mode which will definitely appeal to you. The game was published by a very renowned publisher called Electronic Arts.

You can create and customize your own character ranging from appearance and skills to a personalized arsenal and then lead your elite recon squad across a galaxy in turmoil. There is an addition to the new edition; the default female Commander Shepard model from Mass Effect 3, which was previously unavailable in prior installments, is now used across the trilogy.

How to fix the controller not working on PC in Mass Effect Legendary Edition?

Many players have reported that they are facing issues with connecting their controller to their PCs while playing Mass Effect Legendary Edition. Although there can be a wide range of causes for this nerve-wracking error, we do have some fixes which will fix the error on your devices.

You could try using the Steam settings to see what’s wrong with the controller being connected to your PC.

How to Disable or Enable HDR In Mass Effect Legendary Edition Game?