What are you hiding EA?

Every year EA hypes up it’s upcoming release of it’s FIFA franchise with a grand event. This time they took the help of the internet and their self sustained community to do that. As we all know that EA delivers a banger year after year and never lets their fans down. In FIFA 21, there are going to be major updates with respect to Graphics and field of play.

As we all know that FIFA is available on PlayStation 4, Xbox One, and PC, with more upcoming next-generation consoles, the gameplay being more improved thanks to a new deferred lighting system that makes some of the world’s most famous stadiums look better than ever on it’s launch on October 9. 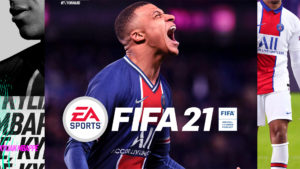 The Stadiums available in Fifa 21 are:-

VOLTA FOOTBALL (only on PC, PlayStation 4 and Xbox One)