Fall guys is a wacky and fun game to play with your friends, where you have to avoid various obstacles you encounter or are being thrown at you. It is the perfect game to play co-op but players wonder whether fall guys support split-screen gaming

What is Fall Guys?

The game sets you in an obstacle course where 60 players have to compete to reach the end of the course, there are various rounds including different obstacle courses or games of tag, you play as a jelly bean-like character and have to prevent yourself from falling off the map.

Each round has a maximum amount of players who can qualify for the next round so not only do you have to ensure you avoid the obstacles, you have to also be fast enough to reach the end of the course before other players.

The game was developed by Mediatonic and released for PC and PlayStation on August 4, 2020, it is also planned to be released for Xbox, Nintendo Switch, and Mobile, however, a date has not been provided yet.

Fall guys recently celebrated their 1 year anniversary on August 4, 2021, with a revisit to some old content that was available from its initial launch and as well a crown cosmetic obtainable to all the players who won a match. 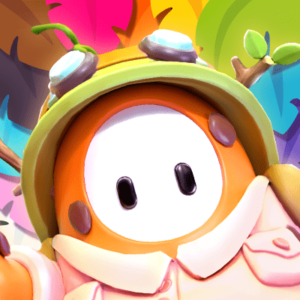 Fall Guys is the perfect game to pass time in with friends, the crazy adventures and situations to reach the end of the obstacle course will have you at the edge of your seat in excitement, and this enjoyment is exponentially better when playing with friends, unfortunately, Fall Guys does not support split-screen or offline co-op.

However, the game does allow you to play online co-op with friends, which is  a slightly different experience than being in the same room, but is nevertheless a fun game to play.

Fall Guys has recently begun with its 5th Season, you can purchase the game and jump into the fun through the steam or PlayStation store.