Dragon Ball Z: Kakarot is the latest entry in the Dragon Ball video game franchise. Unlike other previous Dragon Ball Games, it is going to take us on an adventure and shed light on the events which occurred between the epic fights of Dragon Ball Z.

The game has been released on January 17 and it is available on PC, PS4, and Xbox One.

A lot of leaks are currently circling around regarding Dragon Ball Z : Kakarot, According to leaks, Beerus and Whis will be added to the game as DLC characters. Also, the game will get Broly, but it won’t be a playable character. Players will get a chance to fight against Broly.

Dragon Ball Fighter Z has received a positive response worldwide & players are really happy the way Dragon Ball Universe has been demonstrated in the game.

But amid these good reviews and appreciation from fans, one issue is currently troubling the players. The loading time for Dragon Ball Z: Kakarot is quite a headache for some players & they are really not happy with it. Have a look at some tweets down below.

But according to Dragon Ball stuff leaker, DbsHype, an update regarding the same will arrive soon. Have a look at its tweet below. 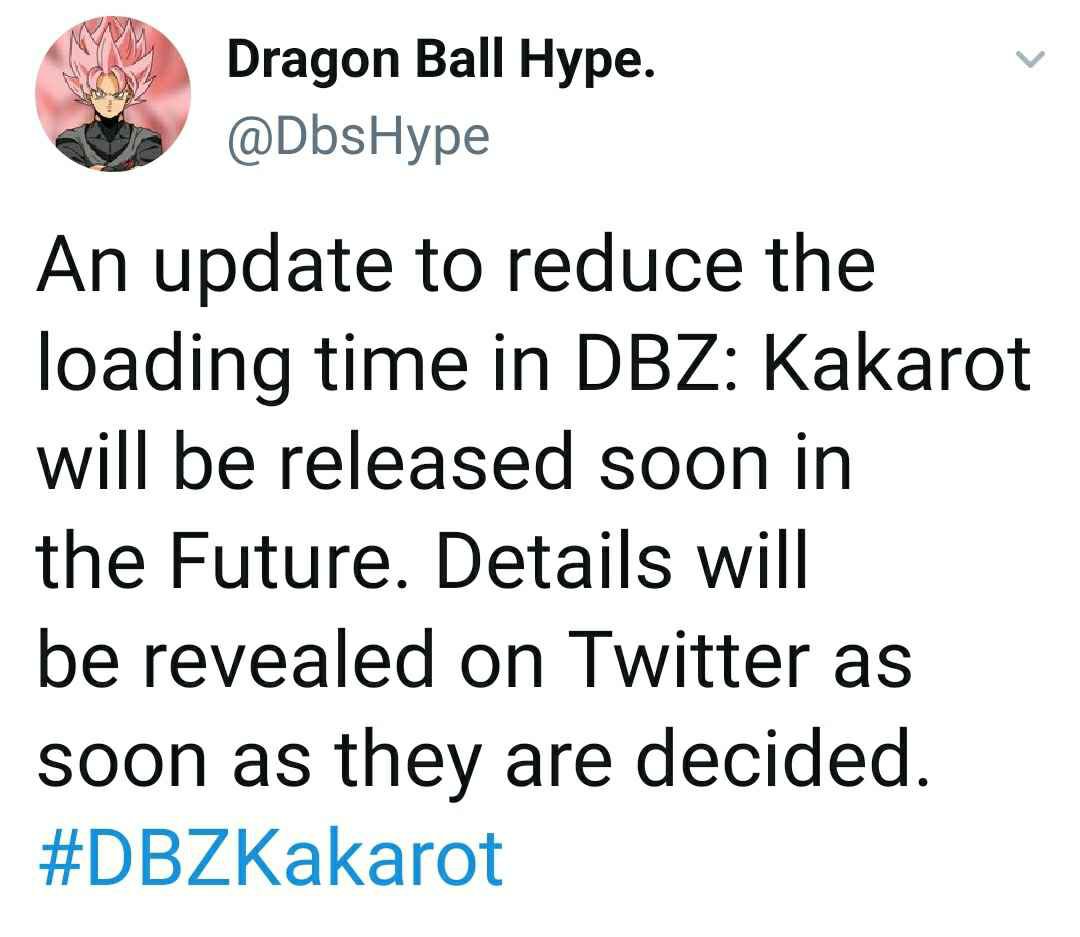 PlayStation 5 (PS5) pre-order date to fall in February, according to rumors

PlayStation 5 (PS5) pre-order date to fall in February, according to rumors