Dragon ball Xenoverse needs no introduction, because of Dragon ball xenoverse 2!!! . The game has outdone its prequel and gathered a large fan base for itself. Bandai Namco has yet again churned out a hit game based on the dragon ball universe. If you’re a fan, looking for the release date of the highly anticipated DLC 12, read on… 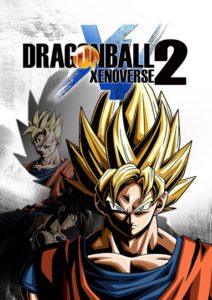 The recent hum-drum surrounding the game revolves around the release of DLC 12. No official date has been announced by the devs yet, but there is a general speculation that it will be released sometime in spring 2021(March – June), this speculation is grounded on the fact that the devs have announced the release of DLC 12 as soon as possible. The prediction seems to hold true as of now, but it may be entirely wrong, no one can say for sure except the devs.

2) Regarding the implementation of an upcoming new character in Dragon Ball Xenoverse 2, players will be able to vote in a poll to decide which character will make the cut. The choices include Ultra Instinct Omen Goku, Bergamo, and Dyspo.

3) Clothes of Bardock & Gine from Dragon Ball Super: Broly will be available as new costumes and accessories of Gine Wig & Tail sets will be added, and players can fully customize their character true to the entire outfit of Gine.

Players can also create scenes of the original work or take photos in a situation with Photo Mode and in addition to that, new costumes will appear through the game update, there will be an abundance of costumes this time.

4) Other new additions will include more DLC for loading screens in Dragon Ball Xenoverse 2, and a new costume for Fu.

The DLC 12 update is being widely anticipated, across platforms and various different gaming communities and the new characters and features are going to add more entertainment to the already engaging game.

Simplink ‘Please Try Again’ Error : How to resolve it?

Katana Zero 2 Release Date for PS5: When is it coming out ?

Katana Zero 2 Release Date for PS5: When is it coming out ?