Moro Arc is becoming more intriguing chapter by a chapter where every planet is on the verge of being eaten by Moro. After a month, a new chapter is about to release with more in the current arc. In the past two chapters, we have seen both protagonists parting their way from headquarters of galactic patrol team to train. Goku went with Meerus to master Ultra Instinct while Vegeta meets elder Yardart to figure out the weakness of the energy drain via learning a new technique. On the other hand, a new threat appeared on Earth as scouts were able to report the information regarding Earth to Moro. Now, Moro has sent a stronger army of scouts to test the warriors at the Earth before wiping it. 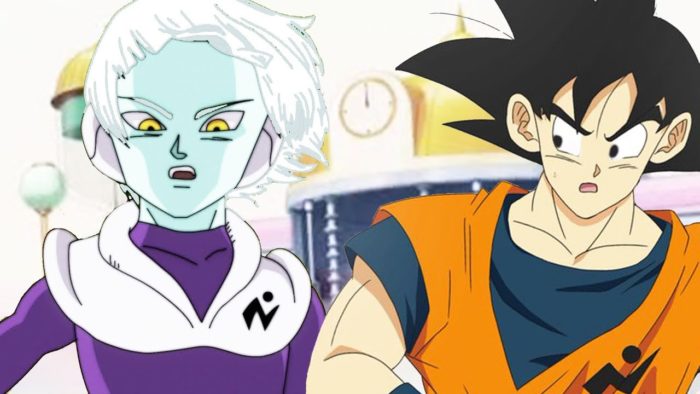 With the latest chapter around the corner, a full summary has been leaked online. According to the spoilers, Dragon Ball Super chapter 53 is titled as “Saganbo’s Galactic Gang”. The title is enough to confirm that Saganbo’s squad is coming to Earth. So, if you don’t like spoilers, you shouldn’t read the post further.

Piccolo, Krillin, Bulma and Dende gathers at Kami’s place to lookout for fighters to encounter an unknown threat. Tien has no cellphone while Gohan promises to come at the end because of his conference. Three notorious criminals Shiromekka, 0G-73 ( Seven Three ) and Yunba, subordinates of Sagabo set fly for Earth. Jacob describes Seven Three` as an artificial lifeform created with advanced scientific abilities. He has no emotions and can copy an opponent’s abilities use them like its own.

The criminals land on a nearby planet from where Seven Three copies that planet’s native ability to create warp holes and invade the Earth.

The fight begins on Earth, Piccolo in action

Smallest of the three is called Shimorekka, and he is about to kill the imprisoned Makareni brothers because Moro says he “doesn’t need traitors who act out on their own. Piccolo stops them and says it is unforgivable to kill someone on the lookout. Seven Three uses his ability ( he need to access the back of his opponent’s neck in order to activate it) and copy Piccolo’s Special Beam Cannon but Piccolo evades it. Then, he uses Piccolo’s ability to stretch out his limbs to punch  Jaco off the lookout but Jaco lands safely because of his jet boots.

Piccolo and Seven Three go head to head while Jaco starts fighting against Shimorekka. Jaco tells Piccolo that he forget to tell that Seven Three has infinite durability, so it is useless to fight him head-on as now both have the same abilities and powers. Amid this, Seven Three blasts off Piccolo but luckily he got saved by Gohan. Piccolo tells Gohan to evade that guy to access the back of his neck as Gohan is only one who is strongest on the Earth. Gohan replies that means Goku and Vegeta are not on the Earth.

Status of Goku and Vegeta Training

In the hyperbolic chamber, Goku starting think that it was just a fluke that he was able to activate Ultra Instinct in the Tournament Of Power. Meerus says that he was able to do because he was pushed to his absolute limits, so they need to do this same here. On the other hand, Yardrat tells Vegeta to have a balance between his body and spirit. He explains that it will take about 150 to do master the balance. Vegeta says that he starts to regret coming to the planet.