With only a handful of days left for his official release, fans of the game have already seen Ultra Instinct Goku wreck havoc in the fighting arena. Set for release on May 22nd, Ultra Instinct Goku will be added as a DLC character. A few days ago Bandai Namko gave us a peek at UI Goku, in the form of a gameplay trailer, showcasing his transformation from regular Goku to his Ultra Instinct form and his skills and abilities. Fans of the Series already know that Ultra Instinct is the most powerful form of Goku and the trailer was able to capture the essence of his power level, which trust us was very well over 9000. 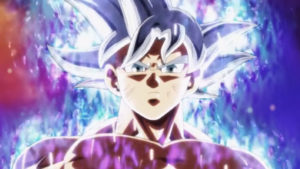 Upon his release, UI Goku will have a wide assortment of costumes to pick from. The trailer confirms the presence of atleast six colour options, but it is very well possible that he might have a bigger wardrobe. Fans are excited as Ultra Instinct Goku is one of the most powerful beings in the Dragon Ball universe and his addition to the game will spice up the roster and the combat.

In the end, the trailer gave us a release date, which as mentioned earlier is May 22nd 2020. However a video was released on twitter showcasing the leaked gameplay of Ultra Instinct Goku. The video was released today i.e, 10 days before the official release, at 8:37am IST and quickly gained over 45k views on it. The gameplay footage comes from China suggesting that someone cracked the game and got to play as Ultra Instinct Goku before the official release. From the leaked gameplay footage, it can be told that UI Goku’s combos are very different from every other Goku present in the game and he looks more badass than ever performing them.

So apparently this gameplay footage comes from China. Seems like someone cracked the game and got to play UI Goku already. https://t.co/nxKKFXmY1E

It is also speculated that no one hacked the game as the Chinese version has the character early. Players playing this version can find him by going into random arcade mode and have Ginyu bodyswap with UI Goku.

But nonetheless, this video has hyped the fans beyond par as they weight eagerly for the official release on May 22nd.

Motorola Moto G7 gets Android 10 update, will it get Android 11?