Mountain view tech giant Google has launched a new app named Tangi. Tangi is a short video making app in which users will get to learn new things and they will also be able to share creative skills with friends. The Tangi app is currently available only for the web and iOS. There is currently no information when Tangi will be released for Android.

Tangi’s interface is largely similar to Pinterest and Instagram. A search bar has been given in it, in which you can search for a particular topic. In Tangi,  you will be able to make videos of up to 60 seconds. Users can also comment on the videos. 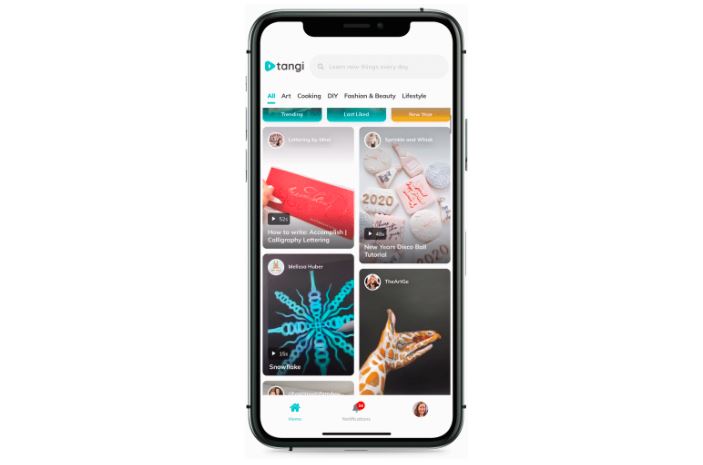 To save the video you have to click on Try it. You must create an account to watch the videos. This video app has been made keeping in mind those people who have great ideas but are not getting any platform. Unlike Tiktok, Tangi wants people to learn and share creative things. It has a wide range of categories including art, cooking, fashion, lifestyle, and beauty.

Tangi Founder Coco Mao in a blog post on Wednesday said “We only focus on DIY and creativity content. Our platform’s goal is to help people learn to craft, cook and create with quick one-minute videos,”

“We’ve been working with creators who already make these kinds of videos so that Tangi can become a place where they have a voice to inspire other makers,” he added.

Note: The Android version of the Tangi app is not available yet. We will be updating the post whenever the Tangi app gets released for Android.

Global users not getting Redmi Note 8 Pro Android 10 update [Stable version], while the China stable update has already been rolled out

Global users not getting Redmi Note 8 Pro Android 10 update [Stable version], while the China stable update has already been rolled out