Original Post( March 23): Android is an operating system from Google that serves as software that Android-based smartphones and gadgets boot on. Apart from the regular Android series which have presently the 10th edition and working on the upcoming version named Android 11, there is a special edition of Android that users will now pay attention to. Android Go is an operating system as well, from Google, that is designed to function like the latest Android version but on low-end smartphones that aren’t eligible to support the regular Android series.

Android Go smartphone users just can’t resist their joy as the officials have decided to launch a better camera app for the users- Android Go Camera. This article is to provide all the details about Android Go, its latest announcement regarding Camera Go and its download details.

Android Go is an OS to function smartphones that consist of 512MB or 1GB RAM only. Smartphones that rock the Android Go receive regular updates and developments just like how other smartphones do, but only consuming very little space. Android Go supports the apps mentioned below, and Android Go’s Camera Go will be adding on to the list very soon.

Google Camera Go is officially an improved version of the camera that will be integrated into the upcoming Android Go smartphones. Camera Go will be a response from Google to the most requested facility of a “better camera” in the Android Go devices as there are 16,000 models launching with Android Go. 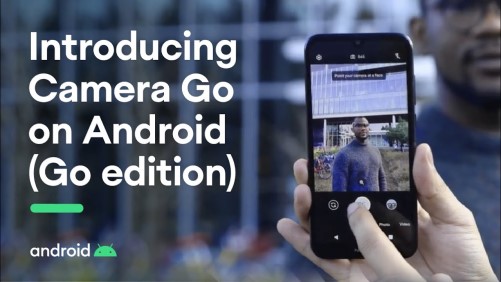 Camera Go will not just be a filter on the existing camera facilities in the Android Go devices. The camera Go will deeply integrate into the camera module as stated by the officials. Camera Go will feature the commonly desired Portrait mode. Let us not forget the fact that the Camera development we are seeing is not on the regular devices but on the very basic entry-level smartphones that you can purchase for $50 – $60. Nokia 1.3 will be the first device to be launched with Camera Go.

Currently, the Google Go camera app is only available for Nokia 1.3. We will be updating the post will apk download whenever it will be available. In the meantime, you can download Google camera 7.3 and 6.3 versions.

Google go camera app to now available to download for all other Android Go smartphone.

[April 14] Snapchat Down (Not Working) : Over 60k reports recorded by Downdetector