Dota 2: Viewership in Decline as ESL One Germany 2020 peak at just 273 Thousand Spectators

The analytical portal Esports Charts has published the final statistics of views of ESL One Germany 2020. The grand final of the tournament, in which Sweden, Team Liquid and Ukraine, Natus Vincere fought, gathered the most spectators – more than 270 thousand. At the same time, the peak indicator of the Russian-language broadcast by almost 70 thousand people exceeded the maximum number of viewership of the official English-language stream. 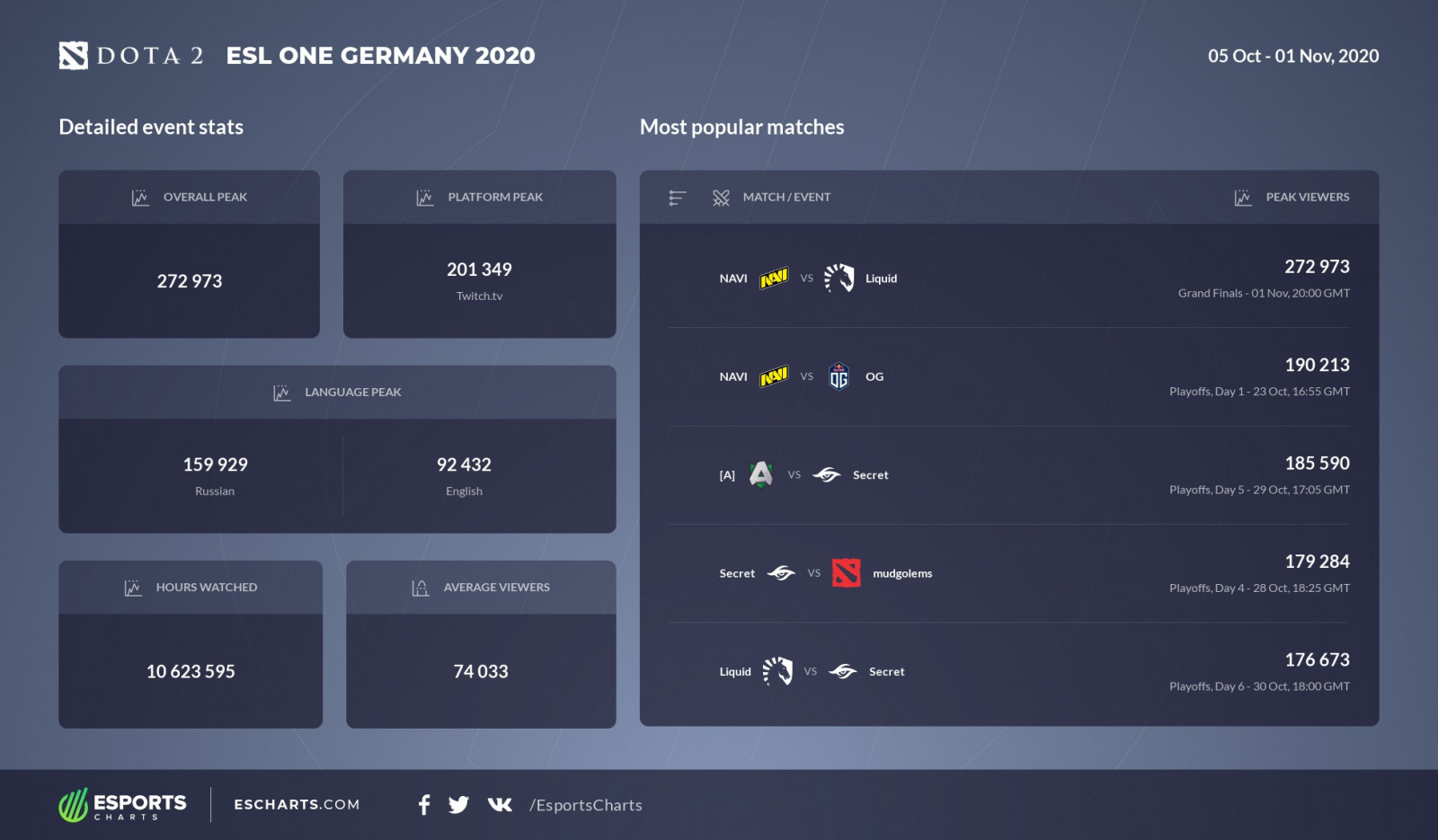 This sets up precedence for the question, what is happening to Dota 2 tournament viewership?

It is no surprise that tournament viewership is taking a toll as the player outflow of Dota 2 is at its worst. We covered a post a few back that showed how Dota 2 players were decreasing for a fifth month straight. This coupled with the streaming right changes might be the reason for this decrease in tournament viewership for Dota 2.

You might say that the online tournament doesn’t attract the viewer base as much as an offline one does. But statistics do not support that argument.

This does not strictly adhere to the steady decline problem but as fans of the game, we have to agree there is a problem. Is it Valve reluctance to actually help lift up organizers or just increasing apathy for the game, we can’t know. But this needs to be addressed.

Team Liquid received $ 150,000 for the victory. The silver medalist of the event got $ 80 thousand. Mudgolems won 45 thousand dollars in prize money for the third place.