Dota 2: Not a single game in the Most Popular Matches list of 2020

The match between DAMWON Gaming and Suning at the 2020 World Championship in League of Legends took the first place in the top 10 most-watched games of 2020. The statistics were provided by the Esports Charts portal. The count does not include the “Battle Royale” tournaments.

The second place in the top 10 was the final between RRQ and Alter Ego at the Mobile Legends: Bang Bang tournament, which attracted 1.3 million viewers. The top 3 also includes the LCK Spring 2020 match between Gen.G and T1 – it was watched by 1.07 million people. The list of the ten most-watched games in 2020 did not include Dota 2 matches. 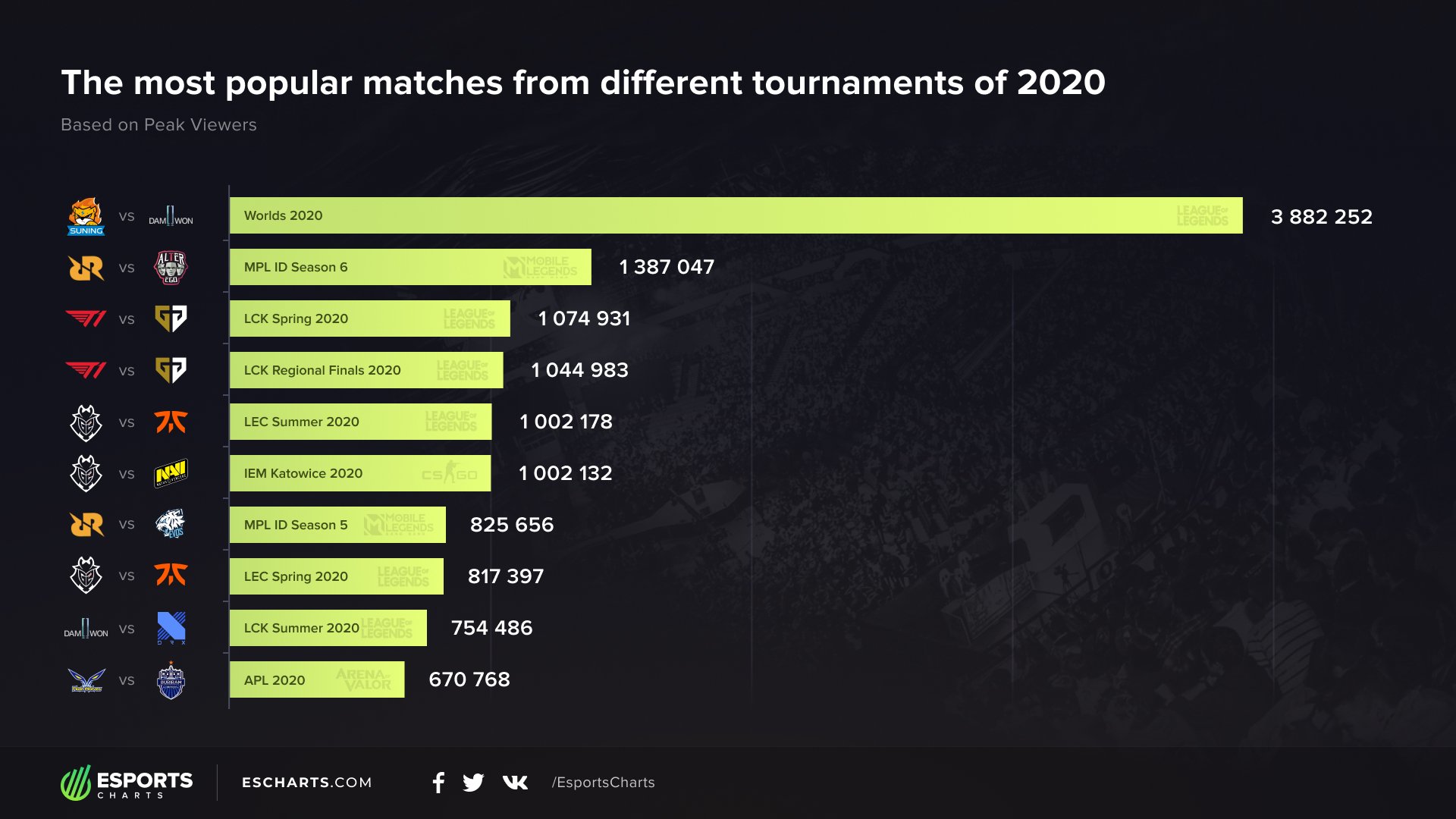 Earlier it became known that the 2020 World Championship became the most popular esports tournament in 2020. According to Esports Charts, it attracted more viewers than Fortnite World Cup and The International 2019, and also surpassed last year’s World Cup.