Dota 2 Hoodwink Gets Nerfed in a Balance Patch, How to Counter Hoodwink?

Valve has released an additional update for Dota 2, which revised a number of characteristics of the new character Hoodwink. The developers have weakened two of the hero’s skills, as well as the talent at level 20. 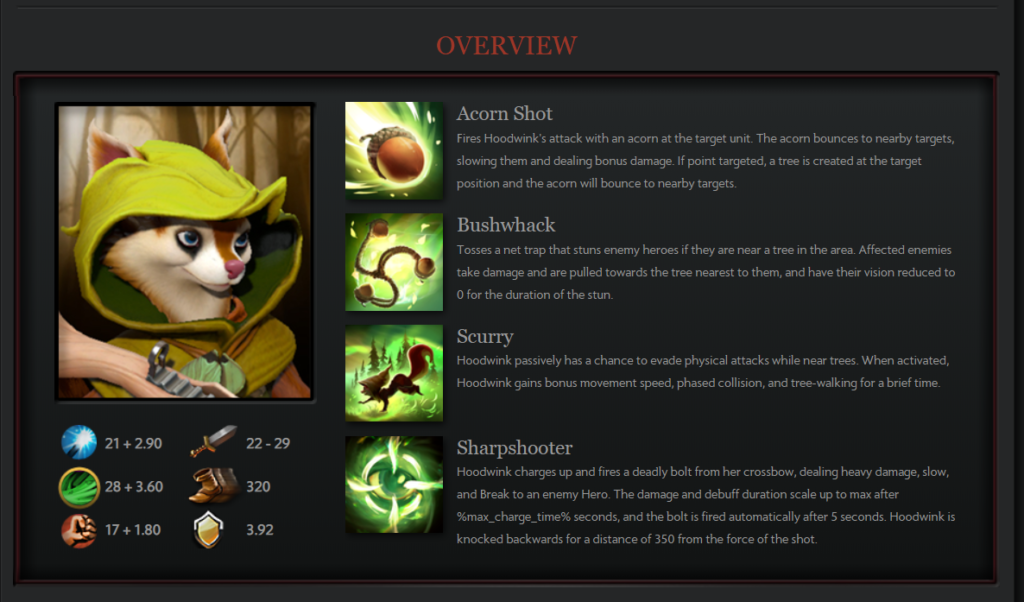 Hoodwink arrived in Dota 2 with update 7.28, which was released on the night of December 18th. With it, Valve also introduced a number of artifacts and a consumable Aghanim’s Shard, which grants an additional skill or other bonus to the hero. In addition, the developers have revised the characteristics of most of the characters.

Streamer and former pro-Dota 2 player Henrik AdmiralBulldog Anberg shared his thoughts on the new hero. He noted that Hoodwink, as is usually the case with characters after release, is still unbalanced. The Swede wrote about this on Twitter.

Henrik AdmiralBulldog Anberg:
“I love this [Hoodwink] hero, but maybe by tradition, he is a little unbalanced and too strong.”

The unbalanced hero’s ability was also shown on another streamer Wagamama’s stream. He used the new hero to win 10 games in a row and is enjoying an 80% winrate with 12.07 KDA on the hero in the Immortal Bracket. This raises the question, will Hoodwink go through a rework or will players get used to its abilities.

How to Counter Hoodwink?

Hoodwink counters are those heroes that can lock him down. With low cooldown spells and escape mechanism, the hero repositions itself in fights multiple times. That is why he suffers from heavy lockdown heroes. Generally played right now in Mid and Offlane, we will tell you some of Hoodwink’s lane counters and late game counters.