Doom series is one of the most popular works from the house of Bethesda. A new game in the series, Doom Eternal was released on March 20, 2020. The game has been developed by id Software & is available on all the major platforms including PC, Xbox One, PC & Stadia.

The game will also get a Switch version, but a bit later. Doom Eternal has been applauded by all the major gaming publications & critics. It has been praised for its its campaign, graphics, design, combat mechanics & soundtrack.

But there were some mixed reviews regarding the game’s extreme focus on storytelling. Doom Eternal has been made under the director, Hugo Martin. In the game, players takes the role of the Doom Slayer, an ancient warrior who battles the demonic forces of Hell.

Coming to the topic, Doom Eternal Orginal Game Soundtrack has been officially released & available for download for the Collector’s Edition owners. In order to download, your Original Game Soundtrack, after redeeming your code, Collector ‘s Edition players are required to log into Bethesda.net and check their Transaction History for the download links. 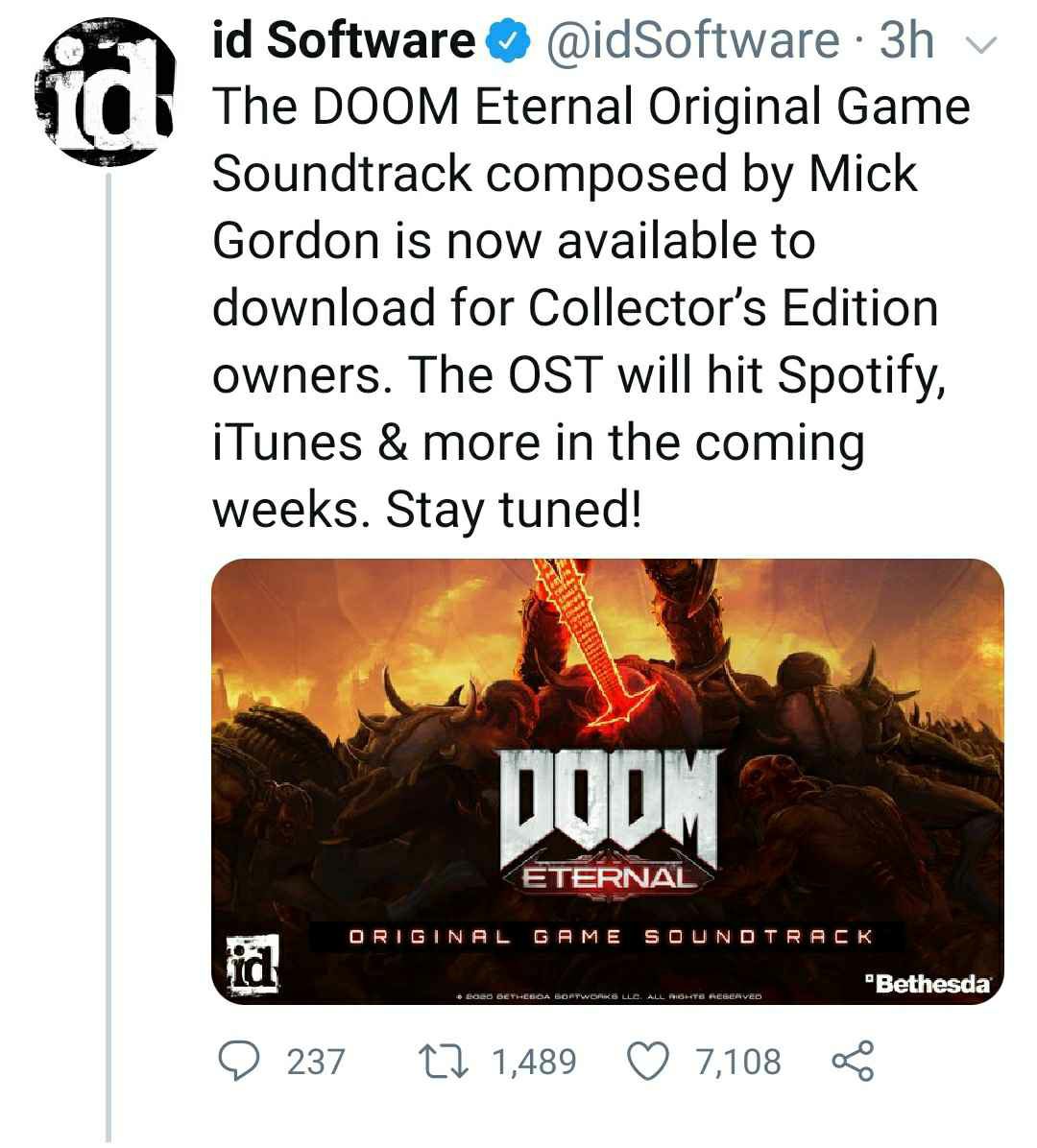 But Doom fans are waiting for the OST to release on Spotify & iTunes. Well, there is good news, as along with the release of Soundtrack for Collector’s edition, the official Twitter handle for Doom has confirmed that OST will be released in the coming weeks on Spotify & iTunes. Well, no official date has been confirmed, but we are keeping a close tab on all the developments & will update you with more information whenever it arrives.