Discord, a VoIP application that lets users talk and chat is currently having an outage at many locations. For many users, Discord App is having server issues and is currently down.

By observing the tweets from various Pinterest users on Twitter & forums, one can say that the issue is widespread & Discord is indeed going through a technical glitch & other issues. Have a look at some complaints down below.

@discordapp Are you experiencing downtime i cant get on desktop but mobile and online services work fine.
7 servers are down for me though

@discordapp our server just disconnected everybody and is not connecting back. Brazil. Other servers seems to be fine. The app says it's a temporary issue and redirects here to twitter.

Down Detector, a popular outage tracking website also reports an outage at many locations. Have a look at the current outage map down below. 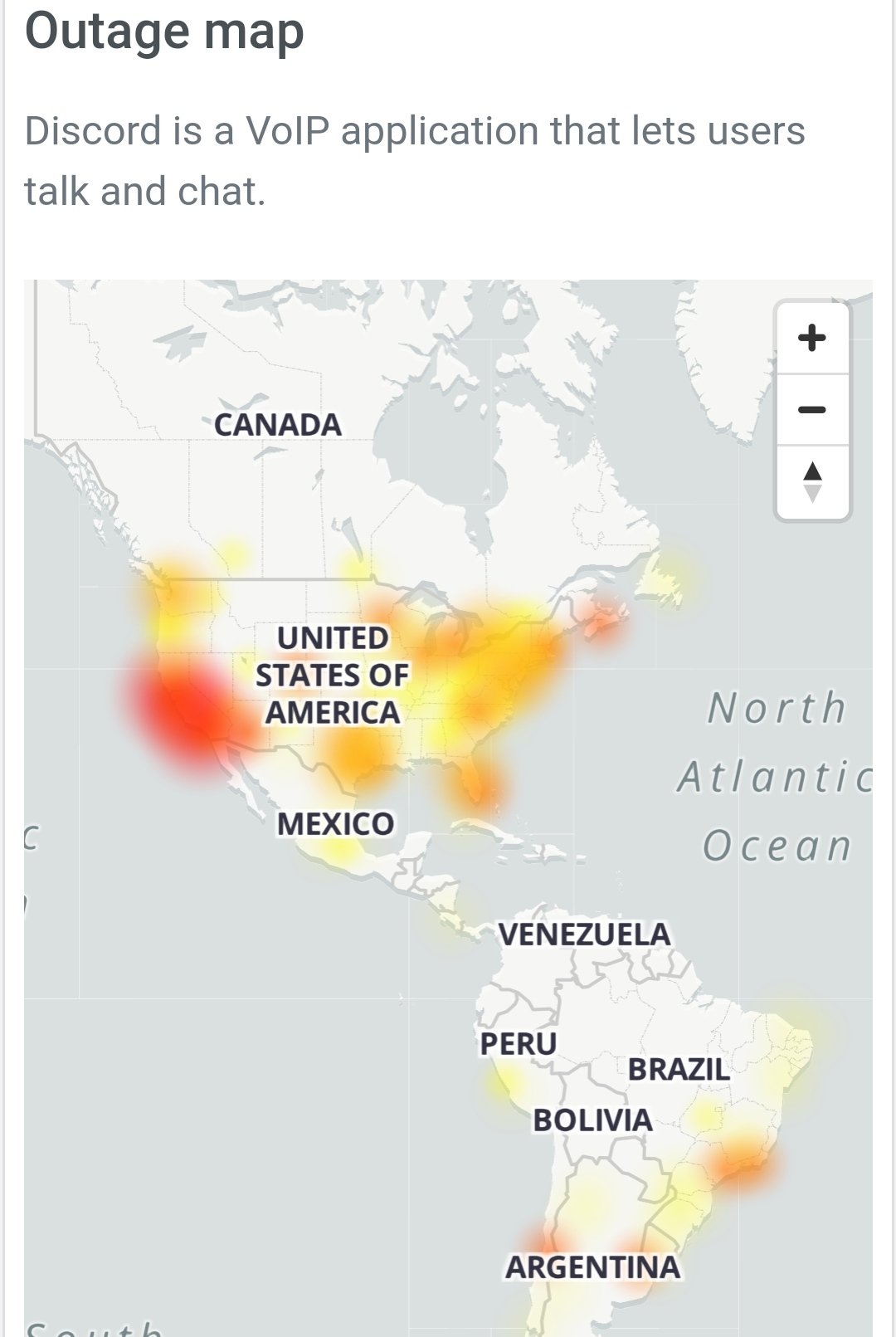 We are keeping a close tab on all the developments regarding this issue. Whenever any update or fix arrives for the same, we will update the column.