Chinese OEM Xiaomi has always provided its users with top-class devices. Redmi, a sub-brand owned by Xiaomi, provides devices that offer huge value for money and at the same time come with beautiful design and great performance. Xiaomi has a great number of amazing lineups of smartphones. The Redmi Note series is one of the most loved series in the market today. The Redmi Note 8 Pro are the latest iterations to both of these amazing lineups respectively. The Note 8 Pro was launched back in September 2019. 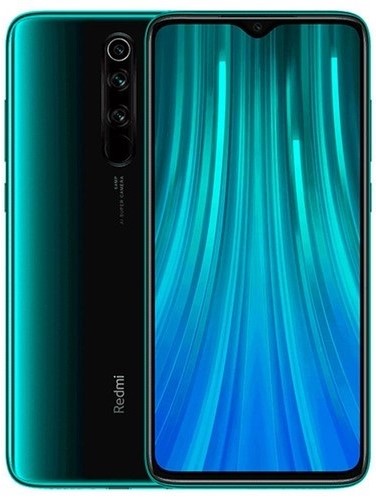 Now, coming to the main talk: The Redmi Note 8 Pro received the Stable Android 10 update a few days back. However, the update was not rolled out globally, rather users of some regions have only received the update as of now. At first, the Beta update was only available for Chinese users who had signed up for the Beta program which was then eventually made available in the Europen regions as well. Later the stable update was also rolled out in the European and Chinese regions. Russian regions also joined in gradually and got the update. Users from Pakistan have also already received the update. Here is the update received in Pakistani regions:

Xiaomi has rolled out the Stable Android 10 update for the Redmi Note 8 Pro in some regions with the firmware version number V11.0.2.0.QGGEUXM. European, Russian, Chinese and Pakistani regions have received the update as of now. The update is not yet available to all the users globally. The update brings with it the latest February security patch, a lot of other feature improvements and some new features as well. Here is the changelog for the latest MIUI update.

The latest update has brought several bug fixes and improves the system stability as well. We get a new and refreshed look with the new MIUI 11 on top of the latest Android 10. The update made the experience buttery smooth and also enhanced the overall performance of the device.

Stay tuned for further developments on the Redmi Note 8 Pro Android 10 Global update. Also, share this article with all those people who had been waiting for this Update.

Snapchat down – App not working & users unable to send & receive snaps, messages along with login issues