Dead by Daylight is a unique 5-player asymmetrical or 4vs1 multiplayer horror action video game from the developer studio, Behaviour Interactive. The massively popular game is available on multiple platforms including PC, Xbox, PlayStation, Nintendo Switch, Google Stadia, iOS, and also on Android.

The game has a large active player base in 2021. The game is still one of the most popular & also unique multiplayer games to play today. The developers at Behaviour Interactive are actively supporting and also bringing excitement to the game.

Why is Dead by Daylight so popular?

The game is a unique and intense horror multiplayer experience, unlike any other game. The asymmetrical nature of the game also means that it is a 4vs1 multiplayer game where one player plays against the other 4 players. The player playing the killer chooses one of the various killers in the game, each one of the killers comes with various attributes, powers, and special skills unique to each of them.

Chapter 21 Update in Dead by Daylight

After weeks of a teaser about the Chapter 21 event from Behaviour Interactive, the event finally began on September 7. The event update featured a new killer in Pinhead, from the Hellraiser franchise. Now, many fans are wondering what are the new contents coming with the Mid-Chapter update. 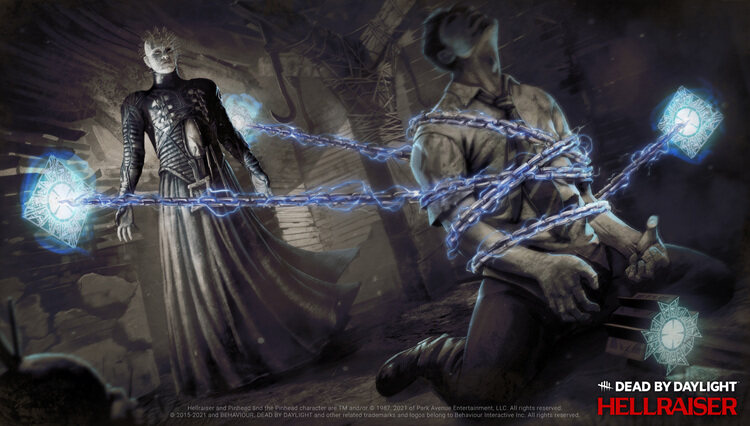 When is the Halloween Update releasing for Dead by Daylight?

Many fans are anticipating the next update and wondering when the release date will be. There is currently no official date announcement for the update. However, it is safe to assume that the update with the Halloween theme arrives in the month of Halloween i.e. in October.

This article will be updated with any new official information from the developers.

Potion Craft: How to increase or expand Recipe book