Counter-Strike Global Offensive (CS:GO) Engine Error: How to fix it?

Counter-Strike Global Offensive is the OG multiplayer first-person shooter developed by Valve and Hidden Path Entertainment and published by Valve. This game was released in 2012 for Windows, macOS, Xbox 360, and PlayStation 3 in 2012. Since then, we have seen this game evolving and updating with small as well as big content additions to the game. The battle featured in CS: GO between Terrorists and counter-Terrorists has not been just a game for over 11 million concurrent players, but has also been a career for many Esports athletes.

CS: GO Engine Error: How to fix it? 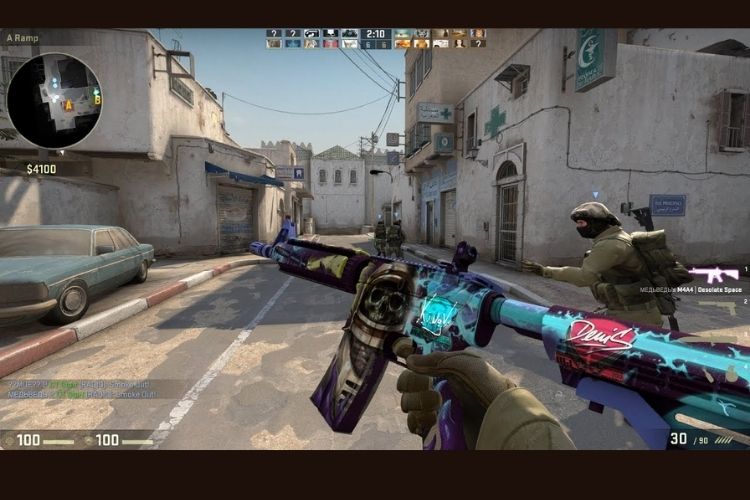 The Engine Error we are talking about comes with a message, “CAudioSourceMemWave(player\vo\fbihrt_epic\omw_platform_01_wav):GetDataPoint() failed”. The major cause of this error is “Force Preload”. Force Preload, as the name implicates, makes all the textures load during the loading screen. It makes the game stay longer on the loading screen but when you connect everything is already loaded. Some players debate in favor of enabling it as they experience a boost in FPS while some are against it saying that it unnecessarily loads the loading screen. To activate force preload in CS: GO, you need to set cl_forcepreload to 1. But, as mentioned earlier, some players are facing the Engine Error after enabling force preload.

We hope that you found a solution for CS: GO Engine Error through this article. Share this article with your friends if you found some help through it.

How to take your shirt off in NBA 2K22

How to take your shirt off in NBA 2K22