After releasing the developer's beta of Android 11 in June, OPPO is ready to extend the update to a series of other devices.

Yet another day and yet another Android 11 based OS update. As smartphone users await the official update for Google’s Android 11, different brands are busy revamping their OS systems. The recent advancements in the bandwagon come from OPPO. After almost 9 months of ColorOS 7, the new Color OS 8 is being prepared in time for Android 11. OPPO capturing of the smartphone market hasn’t been as per expectations. But, they continue to offer quality phones in all segments of the price spectrum. With Color OS 8, OPPO would like to appeal to the customers in terms of more attractive software and UI. 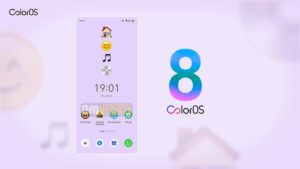 There are loads of new features that the Color OS 8 will be equipped with. Most of these are aimed particularly at enhancing the convenience of the user. OPPO had released the developer’s beta of Android 11 for the Find X2 and Find X2 Pro in mid-June. So then here is what we must look forward too. A great relief will be offered to those who have the habit of cleaning notifications. The new notification history shortcut will come to your rescue. It will give you a brief of all those notifications you swiped away. The whole notification panel has been tweaked a bit and will attract mixed opinions. “Air-tapping” has also been brought in with the new Android 11, but would only work on devices with Soli tech. The screenshot pop-up has been reduced significantly in size and shifted to the bottom of the screen. The clear changes in the skin of the interface will be made more notable with time.

In all honesty, OPPO is no Xiaomi or OnePlus. By that we mean, OPPO’s history with the frequency of updates has arguably been, not so good. Last time around, the OPPO Reno received the Color OS 7.0 in November 2019, but it was only 5 months later that the stable betas were distributed. Will that change with the new Color OS 8 based on Android 11? If they have made efforts revamping the cosmetics of the interface, they can surely give a shot at revamping their services, too. Meanwhile, our sources assert that around 20+ devices are lined up to receive the Color OS 8 update. This includes the OPPO Find series, the A series, the Reno series (hopefully not in the same laid back manner), and OPPO K3 and K5 from the K series.

Microsoft adds new features to “Your Phone”: Here are the supported Samsung devices

Microsoft adds new features to "Your Phone": Here are the supported Samsung devices