CityDriver VR Release Date: When is it coming out

Driving simulation video games and VR go hand in hand. Now that CityDriver, developed by ViewApp will soon be available as an Early Access title, folks want to know if the game will have VR support. This is an important query because CityDriver has excellent pedestrian AI and other features. These would work extremely well in a virtual reality environment. But, it is also true that making games compatible with this technology can be quite challenging. Since ViewApp has other driving sims as well that are VR compatible, players wish to know if the developers are planning to add this feature to this game or not. So, continue reading for more details on the same.

There are a lot of driving simulation video games on the market. But, only a few of them are as realistic as CityDriver. The game lets you explore the city of Munich while driving different cars. This also gives you different perspectives as you interact with the pedestrians. Since the game will be entering the early access phase, fans are hoping to get exciting new features. The devs plan on adding new stuff to the game and keeping it in the early access phase for at least a year. But, will they add a VR Mode to the game?

| Also read: When is WRC Generations’ VR Mode coming out? 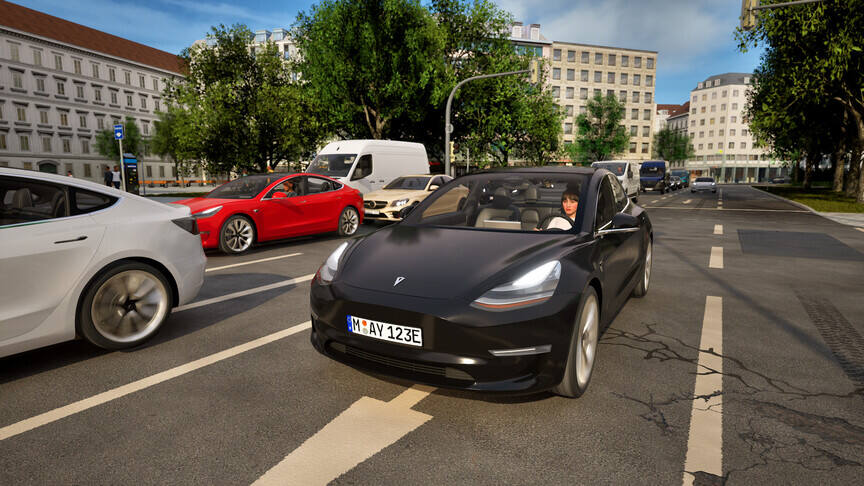 CityDriver VR Release Date: When is it coming out?

According to the developers, they wish to add a VR Mode to CityDriver. But at the moment, they have their hands full with other important stuff. Since the game will be released in Early Access, the devs will first try and polish it further and roll out the final version. This itself is a challenging task that takes a lot of time and skills. Adding a new feature or a new mode to the game means that players will encounter unwanted bugs and glitches. So, it is natural that the devs are trying to avoid the VR mode for now.

If you have played any other ViewApp games, then you might be aware that they are not the best fit when it comes to VR compatibility. Their previous title, TramSim is VR compatible but has its fair share of issues. This means that even if the devs decide to add a VR Mode to CityDriver, it will take considerable time before we get to see it or it will be just another bug fest. Well, we will make sure to update our article if the developers release any new information regarding this topic. Till then, stay tuned to Digi Statement, and happy gaming.