Can you swim in Hogwarts Legacy?

The wizarding world of Harry Potter has always been a place of wonder. The world of Harry Potter expands from the grand halls of Hogwarts to the depths of Black Lake. For years, we have been captivated by this very magical world. And with the upcoming release of Hogwarts Legacy, you now have the opportunity to explore this magical world. This means that we can finally visit iconic places like Hogsmeade and the Forbidden Forest. However, since the announcement of this new title, fans have had numerous questions about the game. One such question is can you swim in Hogwarts Legacy? Keep reading to find out more.

Hogwarts Legacy is an upcoming action game that revolves around the wizarding world featured in the Harry Potter series, however, there is no direct connection. With that being said, you now have the opportunity to create your own character and attend the Hogwarts School of Witchcraft and Wizardry. Here you will be able to learn spells, make new wizard friends, and also participate in various missions against evil. But you’ve come to find out if you can swim in Hogwarts Legacy. So, without further ado, let’s dive into the topic. 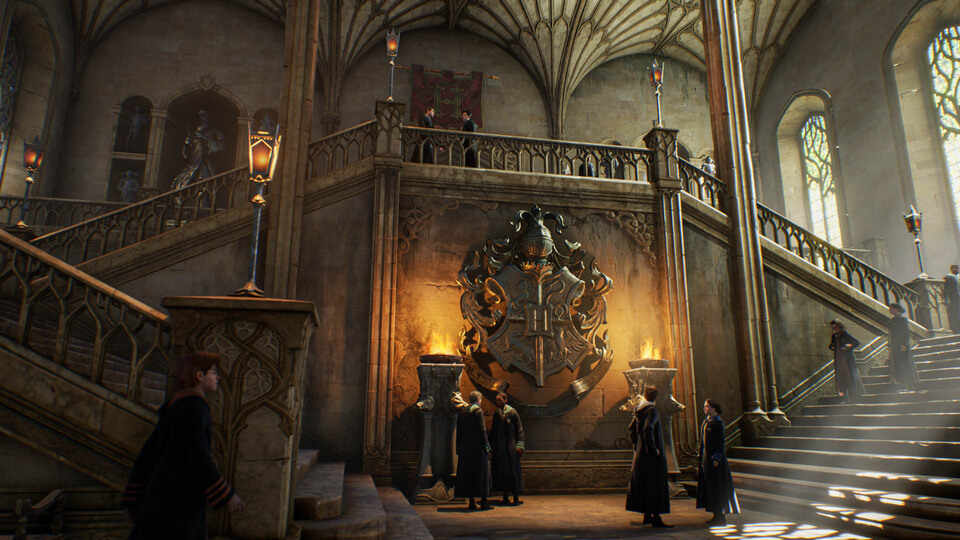 Can you swim in Hogwarts Legacy?

Unfortunately, there is no solid evidence as to whether swimming will be possible in Hogwarts Legacy. But many gamers in the community have mentioned that in the gameplay footage, there are enemies marked on the river bodies, which means you will potentially be able to explore the lake, and that can only be done via swimming. So, you might be able to explore the surroundings and even use your spells to interact with objects and creatures in the lake. So, if we take this gameplay into consideration, we can say that swimming might be possible in the game. However, do take this information with a grain of salt as there are no official claims on the same.

Hogwarts Legacy is being developed by Avalanche Software along with publisher Warner Bros. Interactive. This wizardly RPG is currently set for release on February 10, 2023, on Windows, PS5, and Xbox Series X/S. It will be available on various other consoles including PlayStation 4, Xbox One, and Nintendo Switch at a later date. That said, we hope this article answered your question, and for more guides like this, do visit Digistatement.

One Piece Odyssey Game Not Launching & Crashing Issue: How to fix it

One Piece Odyssey Game Not Launching & Crashing Issue: How to fix it