Call of Duty Warzone, a battle royale expansion of Modern Warfare, was released on March 10, 2020. The game quickly reached the top charts, when it garnered 15 million players in just three days. Now, the game has 50 million registered players.

The game is available on all the major platforms, including Xbox One, PlayStation 4, and PC. Infinity Ward is consistently rolling updates for the game to provide players with exciting & interesting content.

However, in the last few days, there is a severe backlash from the community regarding the bizarre playlist updates. Earlier, Trios mode was removed from the game, which sparked a huge debate among players.

Then Infinity Ward released an official statement mentioning that they have heard the community message loud and clear & they will provide a playlist update soon. Well, devs have updated the playlist today & it has brought back the Trios mode to BR. Also, Plunder Duos has been added under today’s playlist update. 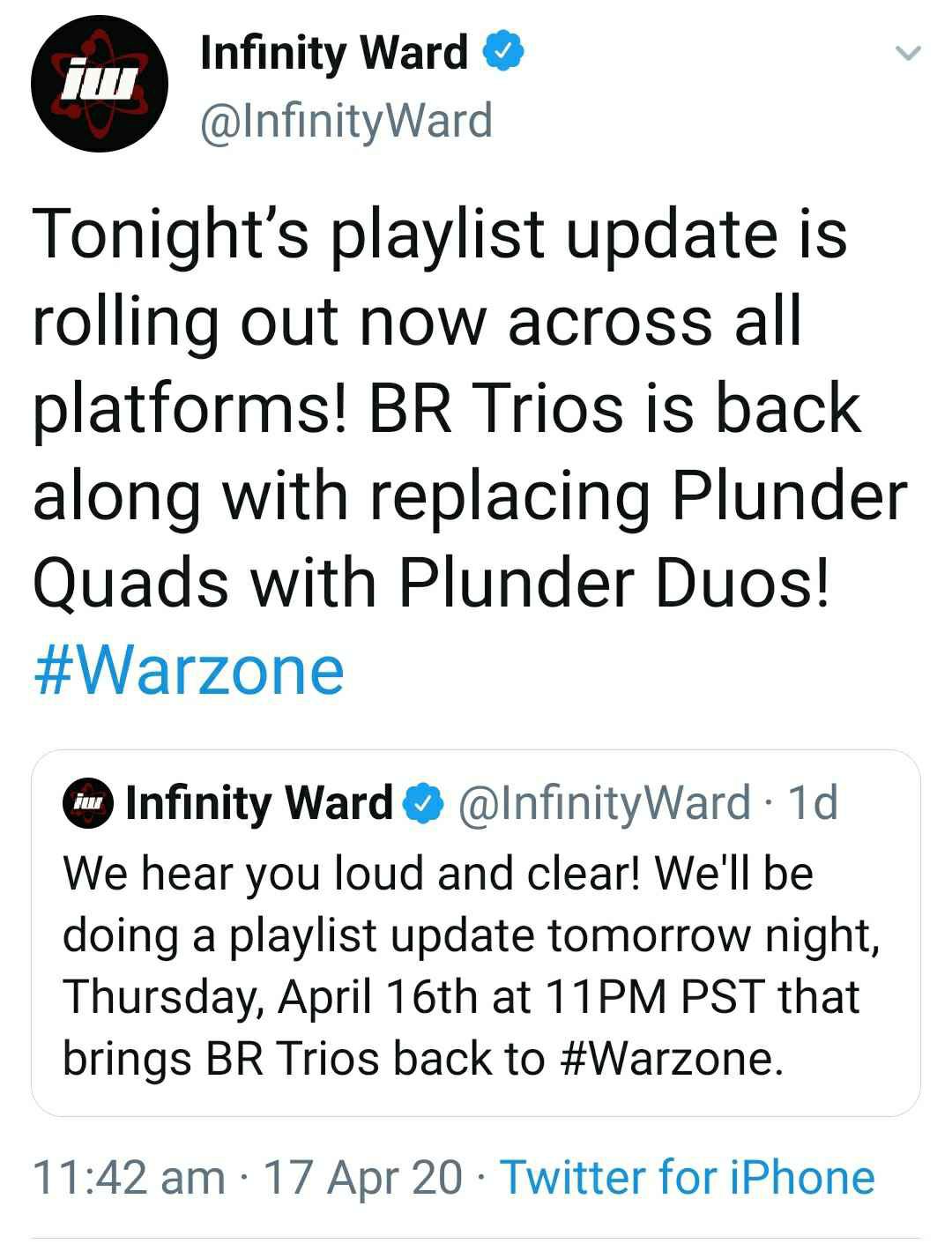 Well, Infinity Ward did not tell the reason for the earlier removal of Trios mode, but its return ensures that devs don’t want to infuriate players. Rest assured, we are keeping a close tab on all the developments & will update you with more information whenever it arrives.