Call of Duty: Modern Warfare is a 2019 first-person shooter video game developed by Infinity Ward and published by Activision. Serving as the sixteenth overall installment in the Call of Duty series, as well as a reboot of the Modern Warfare sub-series, it was released on October 25, 2019, for Microsoft Windows, PlayStation 4, and Xbox One.

Recently, several Modern Warfare players have been posting about an issue on various social media platforms. According to the users, Ghost skin (bundle) is missing and cannot be used. Well, a lot of players were reporting the same issue. And if you are facing the same issue, fret not, you are not the only one.

Some users commented on a post by Infinity Ward, asking why they cannot use their Ghost skins and bundle. 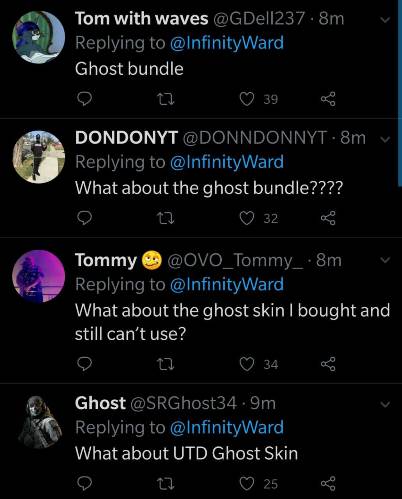 Well, for now, Infinity Ward hasn’t mentioned or recognized this issue officially. But, today, the developers posted about another issue. According to the tweet, an investigation is undergoing regarding the XP issue in Modern Warfare.

Infinity Ward says, update on the same will be provided. 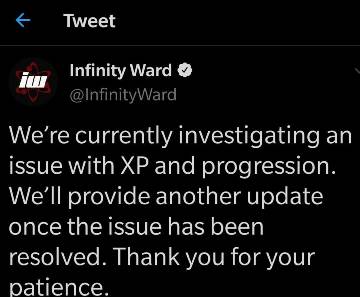