Call of Duty: Mobile’s largest event of the year, World Championship 2020’s finals has been called off. Yes, this was not expected but due to the ongoing crisis, the Grand Finals have been canceled.

CODM has a player base of over 250M as per the data provided by Sensor Tower. With such a big player base, esports tournaments are what most players look forward to. CODM holds various tournaments regularly throughout the year to maintain the thrill and excitement of players watching or playing the game. This year’s biggest tournament CODM World Championship 2020 was the main attraction of many but unfortunately, due to various reasons, the Grand Finals have been dropped.

After having to play several regional tournaments, the best CODM players of eight different regions were highly disappointed to witness the world’s largest CODM tournament Final’s cancellation. The CODM developers have declared in a post that they are putting the health and well-being of their players first and due to which they are calling off the tournament finals. Quite a huge disappointment for fans who were eagerly waiting to watch the bests compete against each other for the massive prize money of $750,000.

However, due to the cancellation of the World Championship Finals, the prize money will now be evenly distributed across the Regional Champions. An approximate amount of $94,000 will be received by each team considering their hard work and determination towards the game. According to the developers, placing their player’s health above all is their highest priority and to maintain that, they had to cancel the event. 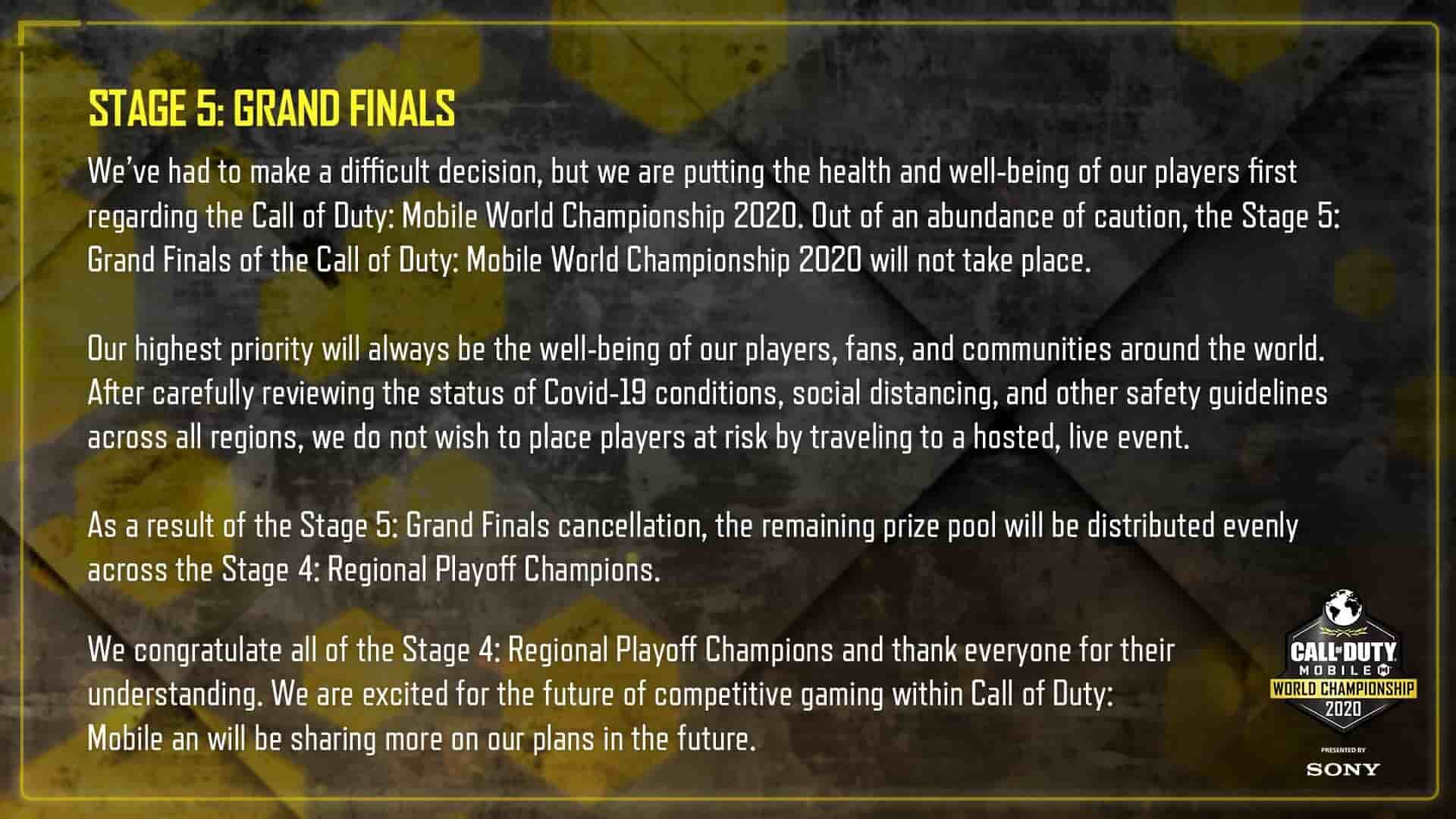 As we all know that this year has been held accountable to have canceled many prestigious and massive events, CODM World Championship 2020 Grand Finals joins the list as well. However, in the future, the esports section of CODM will be flourishing like before as the devs confirmed in a post. So, we should be getting some new announcements for next year’s events soon.

How to fix webcam issues in Zoom on WINDOWS 10?