Call of Duty: Mobile is currently the most popular mobile game in the world; it is developed by Tencent Games and inspired by Call of Duty Black Ops 4. The game also features the renowned Battle Royale mode. It was downloaded over 150 million times on the app stores within its first month of global release. Not only this, with COD: Mobile, the publisher, generated more than $54 million of revenue, breaking all existing records in the mobile gaming history.

CODM features some exciting game modes and several options to experience the popular first-person shooter franchise on the mobile platform. But, it looks something more interesting is in pipeline. According to the images shared by a Twitter leaker (CODMLeaks), Activision will be launching Call of Duty Mobile Championship very soon. Here, in this post, we will be talking about the upcoming Call of Duty: Mobile Championship 2020 and other related details.

Before talking about the details, let’s talk about the release date of the championship. Well, for now, Activision hasn’t mentioned any official information about the arrival, but according to the leaked images, the qualifier round of Call of Duty: Mobile Championship 2020 will kick start on April 3, 2020. Again, it’s not an official date, Activision might push back the official release.

Let’s talk about the other details. According to the image shared on the social media account, there will be different stages of the championship, which includes Tournament (Solo), Tournament (Team up), Regional Qualifiers, Regional Playoffs, and players who will qualify all these rounds will face each other in the CODM Championship 2020.

The first round, that is, Tournament (Solo) starts from April 03 to April 26, Tournament (Team up) is scheduled for May 01 to May 10, Regional Qualifiers will be played from May 17 to May 31, and at last Regional Playoffs will start from June to August.

You can check out the image below for more info –

In CODM Championship 2020, anyone can participate, compete, and show their gaming skills. On qualifying, you will get not only the chance to face more competitive players, but also, you will win rewards on qualifying each round.

Players will be rewarded on the basis of the points earned in each round. A total of 10 matches can be played in each qualifier round, where, on winning a match, the player will earn 10 points. And to qualify the round, a total of 60 points are needed.

Well, this is all we know about the Call of Duty: Mobile Championship 2020 for now. Stay tuned, as we will share more details and leaked information as soon as possible.

According to the reports, Call of Duty: Mobile will get the new update tomorrow. The new update will bring new game features, several improvements to the game features and fixes to the bugs that were reported earlier by the community.

Activision will be giving more information and other details on CODM Championship tomorrow in the official blog. We will be updating this space with the latest news and info. Make sure to check that out too. Stay tuned.

Well, earlier we mentioned that Activision would officially announce the upcoming Call of Duty: Mobile Championship 2020 in the official blog. But, as you all know, we still have no official information about it.

And no need to worry, if your region is not included in the list, as it’s not the official list. Activision may bring some changes with the official release.

Well, this is all about the Call of Duty: Mobile Championship 2020. Stay tuned, as we will share more details and leaked information as soon as possible.

Earlier in this post, we mentioned that Call of Duty: Mobile Championship 2020 will kick start on April 4. But, Activision hasn’t officially announced the tourney yet. It looks like, CODM championship will arrive later this month.

The arrival date we mentioned in this post was based on a leaked in-game screenshot.

Well, this is all about the Call of Duty: Mobile Championship 2020. Stay tuned, as we will share more details and leaked information as soon as possible.

Well, we are not sure if the details are legit, as no official announcements have been made. To support the claim, the Twitter user also shared an image, which looks like a part of game files.

Check out the image below – 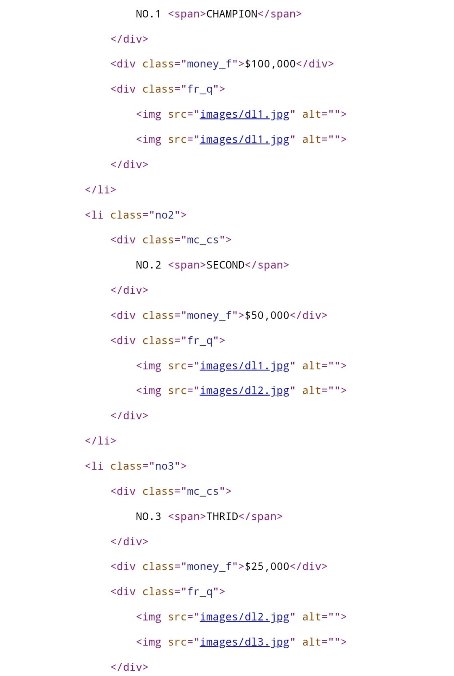 The tournament is sponsored by Sony Mobile and will feature a prize pool of whopping $1 million.

“We are very excited to launch our highly-anticipated competitive tournament in Call of Duty: Mobile,” said Chris Plummer, vice president, mobile at Activision. “As the next evolution in our fan-favorite Ranked Play, this tournament format gives eligible Call of Duty: Mobile players a chance to compete with players from around the world for cash and prizes.”

Also, anyone can easily participate in the Stage-1 of the tournament and win exciting in-game prizes.

We have mentioned all the details for how to sign up for the tournament in our recent post. Visit the link mentioned below to check out the finer details on the same.

The official Call of Duty Mobile Championship 2020 has gone live today. You can participate now in round-1 of the tourney.

Visit the link mentioned below for more details on signing up procedure.

So, here is the new eligible region list for the CODM Tournament. Only players who belong to these regions will be able to participate in the tourney.

Stay tuned. We will be posting more details on CODM Championship 2020 soon.