The developers have confirmed that they will include one of the most anticipated maps by the community: Terminal. It comes straight to Season 10 of Call of Duty Mobile from Modern Warfare 2 and it will do so alongside a new shotgun.

Call of Duty Mobile is preparing to open its Season 10. The date for the next CoD: Mobile update was announced. It will bring season 10 with a theme based on the hunt within the jungle. The mobile game of the popular Activision FPS will launch a new cycle in style and the developers have already given some previews of the content that is about to be incorporated into the game. The arrival of new maps, mode names, classes and even new operator skills has already been confirmed. 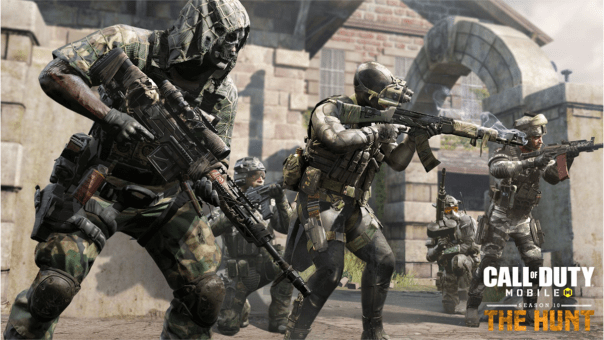 The most recent information of what is to arrive on September 10th, the date of season 10, is Pine, the Gunfight map of Modern Warfare. It is an iconic map that quickly established itself as a player’s favourite, standing out as one of the most talented 2v2 maps.

⚠ New map incoming! ⚠⁣
⁣
🌲 Pine is coming to #CODMobile for Gunfight mode in the next season! pic.twitter.com/cYuPdUyG3O

Soon, players will be able to share the same experience, as the map will be available exclusively in Gunfight mode.

However, this is not the only novelty today, as a new operator skill has also been revealed. This is an entirely new Operator skill that can only tip the game’s outcome in your favour. The “Equalizer” ability allows you to equip 2 machine guns with “integrated suppressors for hand-to-hand combat”.

💥💥 POP OFF with this dual integrated Operator skill, Equalizer!⁣
⁣
🔜 Coming to #CODMobile as a part of the next season! pic.twitter.com/CYQnbJU1iZ

These formidable weapons can take down your targets in the blink of an eye. There is no need to reload them and the player’s movement speed remains faster than ever. The small trailer gives a tantalizing glimpse of its potential.

Expect to see them in action more than any other Operator skill in Season 10. Players will want to try them out anywhere, especially in the first few weeks.

And do you think it’s over here? That is wrong, since a new class has been announced, the Hacker. With it, players will be able to hack like never before, once season 10 is underway.

💻⚡ Prevent your enemies from using their utilities against you with the new Battle Royale class, Hacker!⁣
⁣
👍 Coming to #CODMobile next season! pic.twitter.com/Ob1hGS2dRD

Call of Duty Mobile season 10 will be available from September 10th, so you won’t have to wait long to use all these new features.

The Terminal map comes to Season 10 of Call of Duty Mobile direct from CoD Modern Warfare 2. The airport first appeared in the multiplayer and campaign for this title and is one of the most famous and controversial environments in the saga.

However, Terminal will not arrive alone. Although it is the only concrete content, we will also have a new and powerful shotgun included in the game during Season 10. They have not revealed what the exact model of the weapon that will be incorporated into the saga will be, although to continue with the tribute to Modern Warfare 2, perhaps it is the SPAS-12 of that same title. 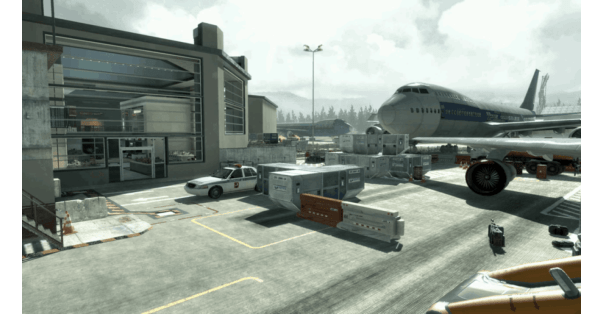 CoD Mobile continues to receive new content and is becoming one of the great strongholds of the franchise. The combination of the best of the entire saga is being able to convince a large part of the players who try it. For now, Season 10 is another step forward in a title that will have to be seen how far it goes.

Additionally, the new additions to Call of Duty: Mobile comes at a delicate time for its competition. PUBG Mobile has been banned in India and players cannot access it, so much of the Asian community may decide to give Activision’s adaptation a try.

📡 Wait, capture, and defend!⁣
⁣
🆕 New Multiplayer mode, Headquarters is coming to #CODMobile in the next season! pic.twitter.com/KIb8pbN4Ql

Multiplayer will receive Barracks, an adaptation of the King of the Hill that has long been in the Call of Duty franchise. Each team must capture a point on the map for a limited time. Whoever scores 100 points wins the game.

Regarding the theme of season 10, players will fall into the jungle under the name of The Hunt. Here will be a development in the game’s story: Ghost and Tank Dempsey will seek to capture Vladimir Makarov by releasing the Nova-6 gas.

Mara is the upcoming character in the brand new Season 10: The Hunt

The characters that will be part of the Battle Pass are the four protagonists. The official Garena Call of Duty Mobile account shared that Makarov and Outrider will be inside. Prior to publication, he had shared a forward where the aforementioned were with Mace and Mara.