Season One has been great for COD Black Ops Cold War, as more and more content is being poured into the game consistently. However, with more content, the bugs and crashes in the game that has been troubling players for so long don’t seem to be gone for good. Despite the fixes done with every new update, the crashes still persist. So, why isn’t it fixed yet and why aren’t the devs concerned? Here’s everything you need to know.

Well, COD: BlackOps Cold War does require a decent setup to enjoy seamless gameplay. However, even with high-end setups, the game is failing to provide the expected experience. BlackOps Cold War recently got an update on 3rd Feb 2021, that mentioned the crash fix and after installing the update, the problem of crashing was surely fixed for many but now the crashes are crawling their way back into the game as reported by several players. For more details on the recent update on COD: Blackops ColdWar, visit here.

On a Reddit Page, r/blackopscoldwar, a player posted about this and it seems that many can relate to it. 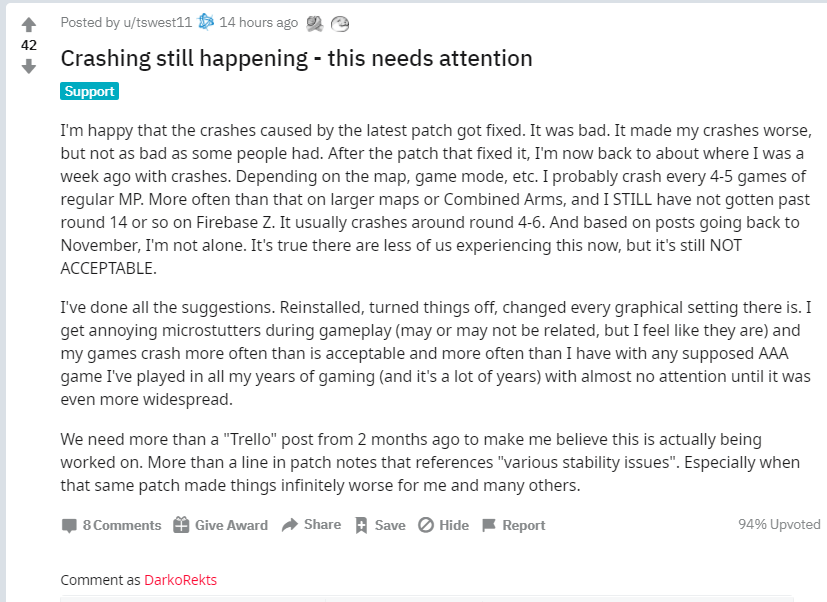 It is nothing new for COD players to have to wait for a long time for a simple fix but this time, it has been more than 2 months since the devs have officially acknowledged the problem and said that they will be working on a fix. With every update, it seems that the crashing issue gets worst.

In the above post, the player said that despite the countermeasures provided online which were believed to fix the crashing issue, the game repeatedly crashed in MP modes along with minor stutters during gameplay. So, why is Activision not yet working on a fix for such a reputed AAA title? Who knows.

Since it is a game issue, there is no permanent solution to this problem available online. It can only be truly fixed by the devs in future updates which we think might be coming soon as this issue is finally getting the attention it requires.

How to install Britbox on Firestick, Roku & Apple TV ?

How to install Britbox on Firestick, Roku & Apple TV ?