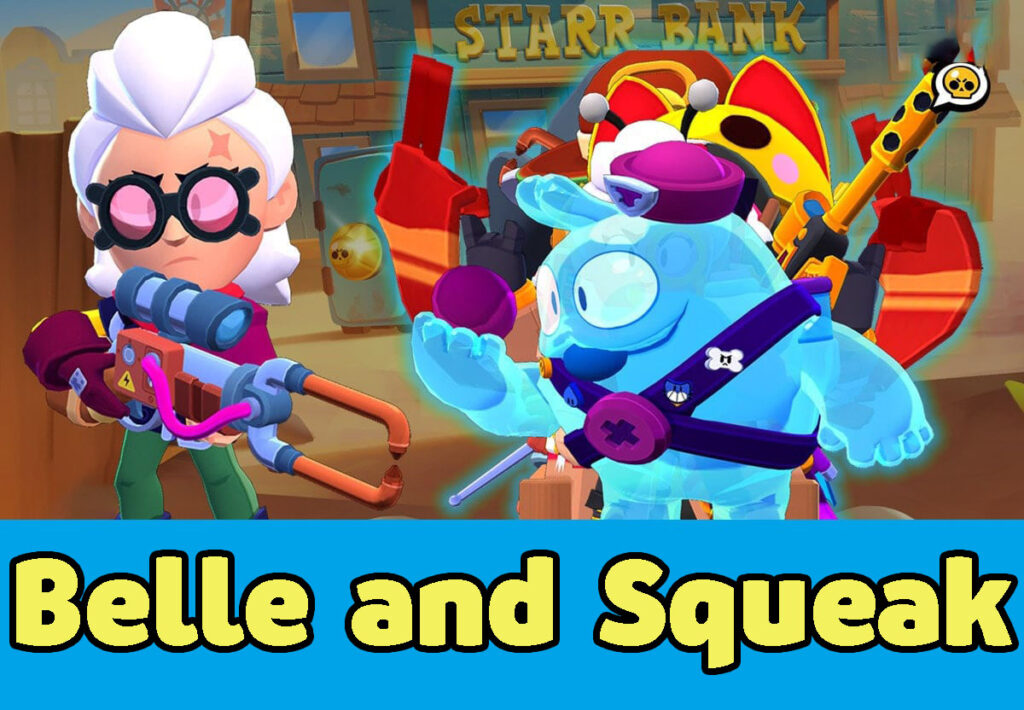 Belle is going to come as soon as the season changes. So, to unlock Belle, you must save all your gems. Do not open boxes as soon as the update arrives, unless you are on Brawl Pass Tier 30 because that is when you will be able to unlock her. Belle has a total of 3640 HP, which is very low. So, it means that she is going to be killed faster.

Her specialty is that her range of shooting is incredibly high similar to the other snipers. Her main attack is a ‘heavy punch’ that deals 5040 damage to the opponent. Another specialty of her attack is that when she attacks a brawler, the brawler gets affected by it for a while. Now, if another brawler comes near the affected brawler, it also deals with half of the main damage, i.e. 770. Her star power includes equipping a shield.

Squeak is going to be a mythic brawler. When mythic word comes in front of the characters, it means that you got to get lucky to pull them off from the boxes. Squeak is going to be released in early May, after the switching of the Brawl Pass season. You must save up your boxes as much as you can to pull Squeak off.

The squeak will be having 5040 HP. It doesn’t have a much long-range of shooting but has a much cooler attack. When Squeak attacks, he throws a sticky gum kind of compound to the opponents. It gets stick to the opponents for 2 seconds and gets exploded. It deals 5040 damage to the opponent. Even if you miss a shot, this sticky compound sticks to walls and when opponents run into that, it will be dealing the same amount of damage through that also. It can also be used as a strategy. His reloading speed, on the contrary, is slow. So, you need to make its shots count. Slime can also be used as grenades as Squeak can throw it over the walls and it sticks to the ground and explodes.

The all-new, “Knockout Mode” is coming to the Brawl Stars. To visualize this mode, you can simply think of the ‘Search and Destroy Mode’ of Call of Duty. It consists of 3 Rounds i.e ‘Best of 3’. Every Brawler in the round will be getting only one life. So, the last team or a brawler standing wins the round. The team that wins 2 out of 3 rounds, wins the game.

For now, this mode is going to be seasonal. But, it can be retained as a permanent mode as it gets popular in the community.

How to fix white screen error in Madden NFL 21 ?