Boku no hero academia chapter 248 has been released officially. In this post, we will discuss spoilers and predictions of chapter 249 along with events from the latest chapter. 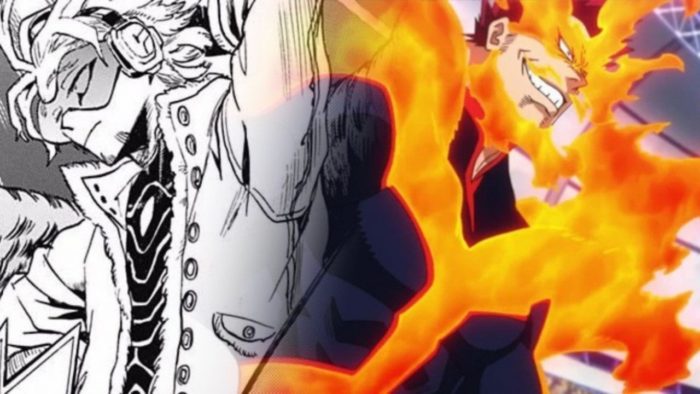 Unlike any other manga, Boku No Hero Academia is also heading towards its most awaited conclusion as the final battle between UA heroes and the league of villains will begin four months according to chapter 245.

Talking about the power of both sides, the league of villains got a massive boost in term of power, manpower, technologically and financially. Shigaraki has already acquired a new power than crumble anything too a far greater extent than it can ever have. On the other hand, the latest chapter shows that there is still a huge gap between Endeavour and the trio (Deku, Todoroki, and Bakugou) of heroes. Midoriya can only use 20% of his One for All power and still can’t use Black Whip. Further, he is still figuring out to know about his other quirks.

In the latest chapter, he again remembers the Black Whip’s owner’s words which hints that he will get hands-on the other quirk in the next few chapters.

At the villain’s hideout, Hawn and Dabi are still spying inside the league of villains as their members. In the next chapter, they might know more about Shigaraki’s plan to attack them. I think] that chapter 249 will be mostly a light-hearted one where we will see the moments from the house of Shouto’s sister who was invited his friends for dinner. It would be a comic relief after all those tension-filled moments until now.

Boku No Hero Academia chapter 249 is on one week break so it will officially come out on November 10th, and unofficially via 2-3 days earlier.

Snapchat Keeps Crashing | (Snapchat Down) You are not alone!