Call Of Duty: Black Ops Cold War and Warzone have recently received the biggest free content drop in their new update Season 1. With this new update, several new changes and modes have made their way through into the game. It’s a whole new experience with new multiplayer modes and new maps.  But with such a big update, some bugs and errors often occur. A new UI error 27711 has recently been discovered in-game which is restricting players to enter the multiplayer mode. Here’s everything you need to know.

A player has posted a photo on the Reddit page r/ blackopscoldwar showing the error screen that has occurred in COD Black Ops Cold War. 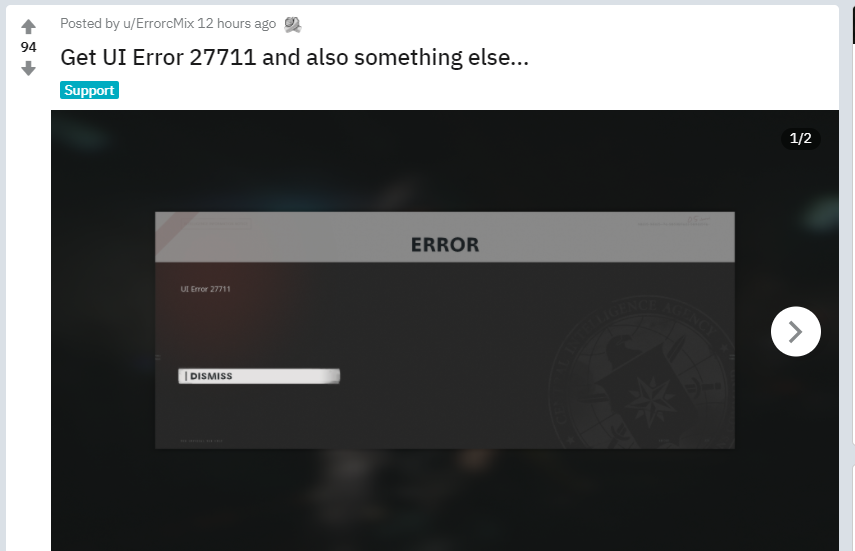 However, devs have not yet acknowledged the issue since it has been discovered recently. We can expect it to be fixed in the upcoming days as the COD community and Dev support relations have been always fast and reliable.

Although, if you are constantly trying to avoid the UI error 27711, here are some tricks to do so.

Consider restarting the game several times and see if the error persists. If it still doesn’t allow you to enter the multiplayer mode, try restarting your PC. This should fix the error.

Some players have also mentioned that updating their graphics drivers have fixed the UI error 27711.

Season One update has no doubt brought many new exciting changes in the game but with these new errors and bugs consistently draining the experience of the game, it will surely bring the hype down to a nosedive. The devs are working continuously to remove and fix the newfound bugs but it seems there’s no end to it.