Yesterday, fans got the new release of the Black Clover manga. Black Clover Chapter 266 was released under the title, “Dark Garden Invitation.”  This chapter has shown us a terrific glimpse of the future. The climax of the chapter was the summoning of Asta’s demon in the human world. Tabata sensei has beautifully demonstrated the sketch of Asta’s devil. The chapter has also unveiled that the elves team will also attack the Spade Kingdom along with the Special Force.

The critical part of understanding from this chapter is “The Devil Binding Ritual.” Nacht uses this technique to summon his demon anytime and anywhere. If Asta successfully learns this ritual, then his power will grow exponentially. But to perform this ritual, Asta has to defeat his devil. We know that Asta will somehow manage to overpower his devil. But the question is how much powerful Asta will become after performing this binding ritual, and what are its future consequences? 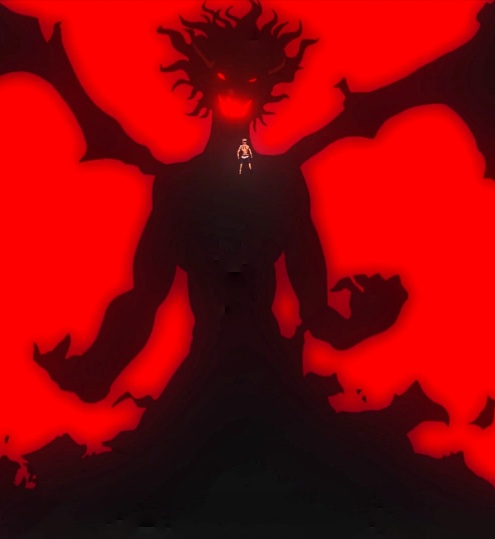 In this post, we will discuss the spoilers of the next chapter, the consequences of the binding ritual, and the release date.

Nacht has briefly explained about “The Devil Binding Ritual” in the previous chapter. Fans know that it is a forbidden ceremony which allows user to control the devil’s power. It is a type of contract with the one’s devil to make his power your own. In our opinion, the Dark Triad has also performed this ritual; that’s why they were successfully summoning their demon during the battle. But to use the 100 percent of devil power, they need to make the pathway between the human world and the underworld. But the chapter has not unveiled the consequences of this contract.

According to the Reddit theory, in exchange for the devil power, the one should sacrifice their body. It means that the user’s body is now in the control of the devil. Here Tabata sensei has demonstrated that in order to save his captain Yami, Asta will sacrifice himself. After the Dark Triad arc, the series will reveal the real objective of Asta’s devil. He has come to the human world to take revenge from his own kinds. The Black Clover series will take the colossal turn when we know the past of Asta’s devil and about his true objectives.

Black Clover Chapter 267 will release on October 11, 2020, at midnight JST. We are back with another article once we get the raw scans of the next chapter. If you want to read the latest Black Clover chapter, visit Viz Media and Manga Plus Shueisha’s official website.