Black Clover Chapter 263 was officially released yesterday. This chapter has shown the true plan of the Dark Triad in brief. Now, the time has come for the Magic Knight Captains to attack the Spade Kingdom. Also, this chapter has unveiled Nacht’s past. He was Yami’s subordinate from the Aqua Deer Guild, which was led by Julius Novachrono at that time. In the past, Julius, Yami, William, Nacht, and Jack all fought together for the Clover Kingdom, that’s why they know each other very well. According to Jack, Nacht’s true magic is not the Shadow magic, which means that his devil manipulates this magic. So, what is Nacht’s magic, and how he has become the devil possessed?

In this post, we are going to discuss how the devil possesses Nacht, and who will be appointed as a member of the Elite force?

In the previous chapter, we witnessed the overwhelming strength of Nacht, which qualified him to attend the meeting. Only Julius knew the true identity that he is the Vice-Captain of the Black Bulls, and he has been spying the Spade Kingdom for a very long time. But even he didn’t have any slightest idea about Nacht being a devil host user, which means that something has happened to Nacht in the Spade Kingdom. As well, we all know that the Spade Kingdom is ruled by the Dark Triads in which the devil possesses every knight. Justified by Nacht’s statement, “Even if god and devil forgive them, I will never” shows that the Dark Triad must have done something terrible to him. According to the Reddit theory, he must have been caught by the Dark Triad in the past, and as a punishment, they tortured him and made him a devil host. That is why he is so enraged with the Dark Triads. 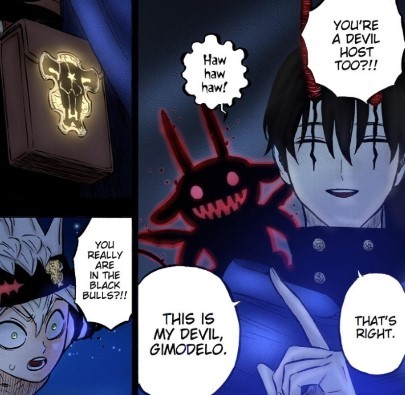 On the other hand, Jack has also recognized Nacht from the past. But as recalled by Jack, his magic was something else, not the Shadow Magic. This displays that in the upcoming chapter, we will witness Nacht’s true magic. On the report of Nacht, after three days, the advent of Qliphoth will begin. After that, in the next seven days, the seven levels of the Tree of Qliphoth will open gradually.

The magic of Yami and William will continue to lessen with the opening of every door, and after seven days, they will die. Here door indicates the level of depth, which means as the level goes deeper, the stronger the devil is. Lucifero is the final and most decisive devil meaning if he emerges in the human world, then no one can stop him. Therefore, the plan is to build the elite team, which will attack the Spade Kingdom to retrieve Yami and William.

The main focus of the elite force is to provide support to Asta because only his anti-magic can destroy the Tree of Qliphoth. Hence, we are pretty sure that all the Magic Knight Captains will be in the elite force. Now it’s time for Tabata sensei to show us that which new members are going to appoint in the elite force. Maybe Zora, Patry, and Langris will show in the upcoming chapters. It will be good to see those powerful knights in the future chapters. 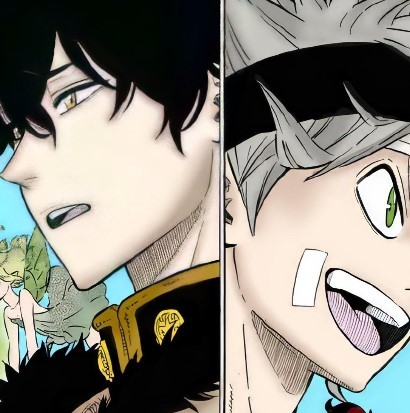 Where to Read Black Clover Chapter 264 –

You can read the latest chapter of Black Clover from the official website of MangaPlus and Viz Media. Also, you can download the Shueisha app from the play store. We will be back with raw scans of the next chapter. Till then, stay tuned with us.