After a week of hiatus, Black Clover released its manga chapter 262 yesterday under the title “Shadows of the Night.” This chapter is the beginning of the Black Clover Volume 27. This was overall a decent chapter. The art in this chapter was fantastic, the emotions of Vanessa, Grey, and Asta were all displayed so well. We can’t wait to see the aftermath of Yuno and Noelle’s fight. The chapter has also introduced the vice-captain of Black Bulls and he is also a Devil host. But this is not all. In this chapter, we are going to discuss the two major points of the recent chapter that Tabata sensei will display in the upcoming ones.

The first thing is, according to the doctor, there will be a meeting of the Captains later on. So, who will represent the Black Bulls, Asta, or Nacht? And the second point- Is Nacht’s grimoire from the Clover kingdom or is he a foreigner like Yami? In this post, we are going to discuss these two points, raw scans and the release date of the next chapter.

Yuki Tabata has beautifully displayed the introduction of Nacht (the Vice-captain) in the previous chapter. He told Asta that Yami is still alive and he has to become stronger to save their captain Yami. The end of the chapter has shown that Nacht will be the new mentor of Asta and he will teach him how to use Devil’s power properly. On the other hand, at the beginning of the chapter, we saw Yami’s katana sunk inside Asta’s grimoire and an additional spell is written in an exchange of this new sword. In the upcoming chapters, we will witness Asta using anti-magic katana with a new magical spell. Also, in a few days, there will be another captain’s meeting. So, who will represent the Black Bulls? We are guessing that Nacht will represent the Black Bulls and will share his research on the Spade Kingdom. If this comes true, then we are very enthusiastic about all the reactions of the captain to seeing him. 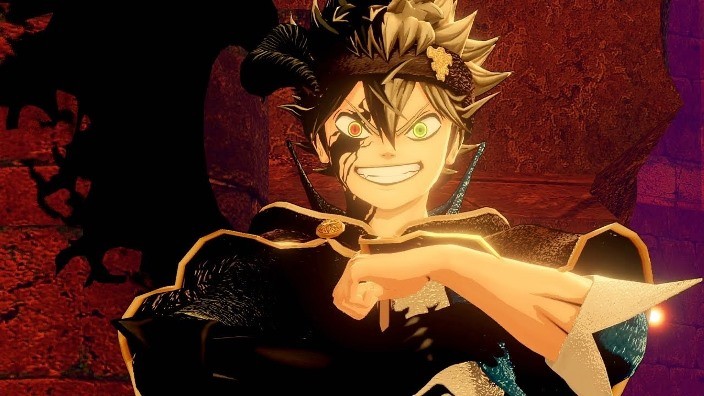 Another point to be discussed is on Nacht’s grimoire. Tabata sensei has unveiled Nacht, a young devil host whose spirit or the devil was sitting on his right shoulder. There is no sign of clover on his grimoire which means he is from a different kingdom. He could be foreign like Yami. The next chapter will display the training where we get a brief idea of Nacht’s devil power.

In the chapter, the doctor also told us that the true nature of Grey’s magic is not the transformation magic. The previous clover volume has displayed that Grey healed Gauche to save his life. So, what is her base magic? Maybe she can use hybrid magic. In the future, we will know about her magic too.