BIGG BOSS SEASON 13 … as we are all aware of the fact that season 13 of Bigg Boss is about to end its journey within 2 or 3 days as finale week is going on. Being the heartthrob of all the past seasons this season became the number one show which remained on the first position in the top chart and due to this craze, the show got a 5 weeks extension. Now, this is going to end super soon people and fans all over the world are eagerly waiting for the winner who will lift the Bigg Boss 13 trophy.

Due to audience and celebs ratings, there are high chances of SIDDHARTH SHUKLA to win the show. Being the most charming, handsome, logical, and simple person in the house who has never told a lie for anything and played by being honest without cheating. By spending almost 4 months in the house being away from their family and friends the contestants have witnessed a roller coaster ride in their journey.

As there are 6 contestants left in the house in the finale week there are high chances of mid-week eviction which will happen with the help of a task where Paras and Siddharth will be given a secret task to scare the other housemate and make them believe that there is something fishy in the house. 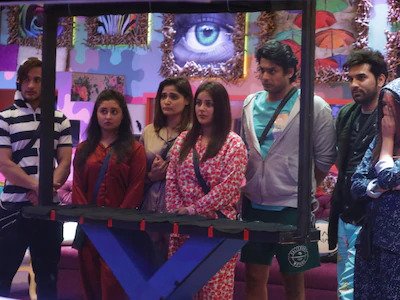 This is all done for the promotion of #Bhoot# The movie and lead is played by actor Vicky Kausal. He will be the one who will take one participant with himself as eviction. And the big news is that #MahiraSharma# will be evicted which will be shown in Wednesday’s episode. Again after her 5 people will be left in the house and they will enjoy each and every moment by emotional and excited at the same time to face the real world after so long.