Well, it seems like Battlefield 5 servers are having some technical issues in many regions. Also, a quick look at some tweets on social media handles like Twitter also conveys that users are indeed facing issues while using it. Have a look at few tweets down below. 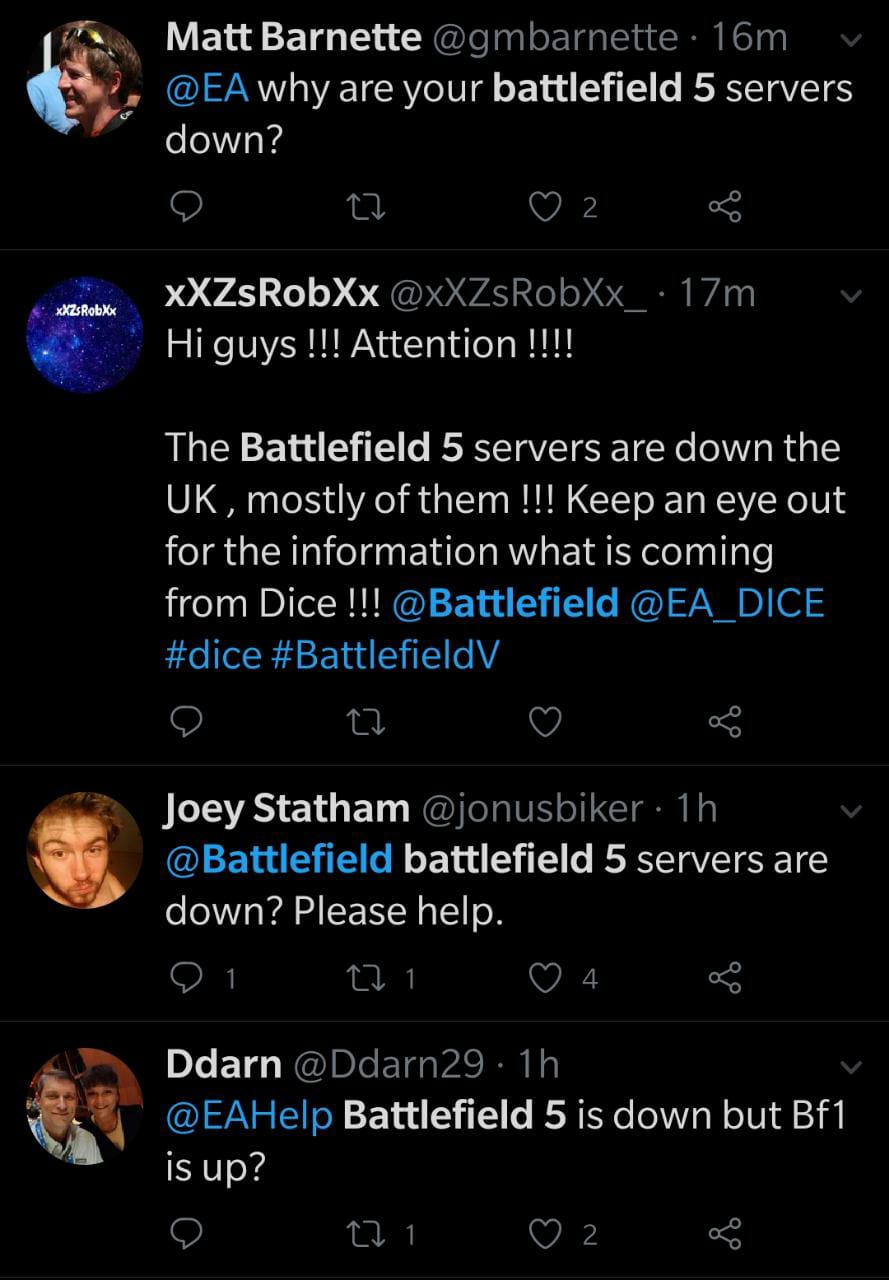 It looks Battlefield servers are down again. Several users are reporting issues with the servers, you are not alone.

If you are facing issues with the game servers let us know in the comments section below.

The server issues with Battlefield 5 servers have been resolved now. According to the official tweet by Battlefield producer Jaqub Ajmal, the connecting issue with the game is fixed now.

If you have had problems connecting online with the game today, it’s worth a try again now. We believe the issue is solved and it worked when we tried to connect just now.