Asus launched the ROG Phone 3 in July this year. When this device was released many people thought why should they pay 50K for just a gaming phone where even some mid-range devices from Redmi, or Realme gave a very good gaming experience at half-the-price of this device. But, ROG Phone 3 still managed to satisfy users with its mind-boggling design and out of the world features.

And now, Asus has planned to release an update for ROG Phone 3 soon. This news comes from an Asus forum moderator Gustav_ASUS, where a user Craven asked him,

I need to reformat soon but first i need to update to avoid possible common issues. It’s been over a month now.

And to this Gustav_ASUS replied,

The next FOTA should drop before October ends.

A screenshot of this conversation is added below. 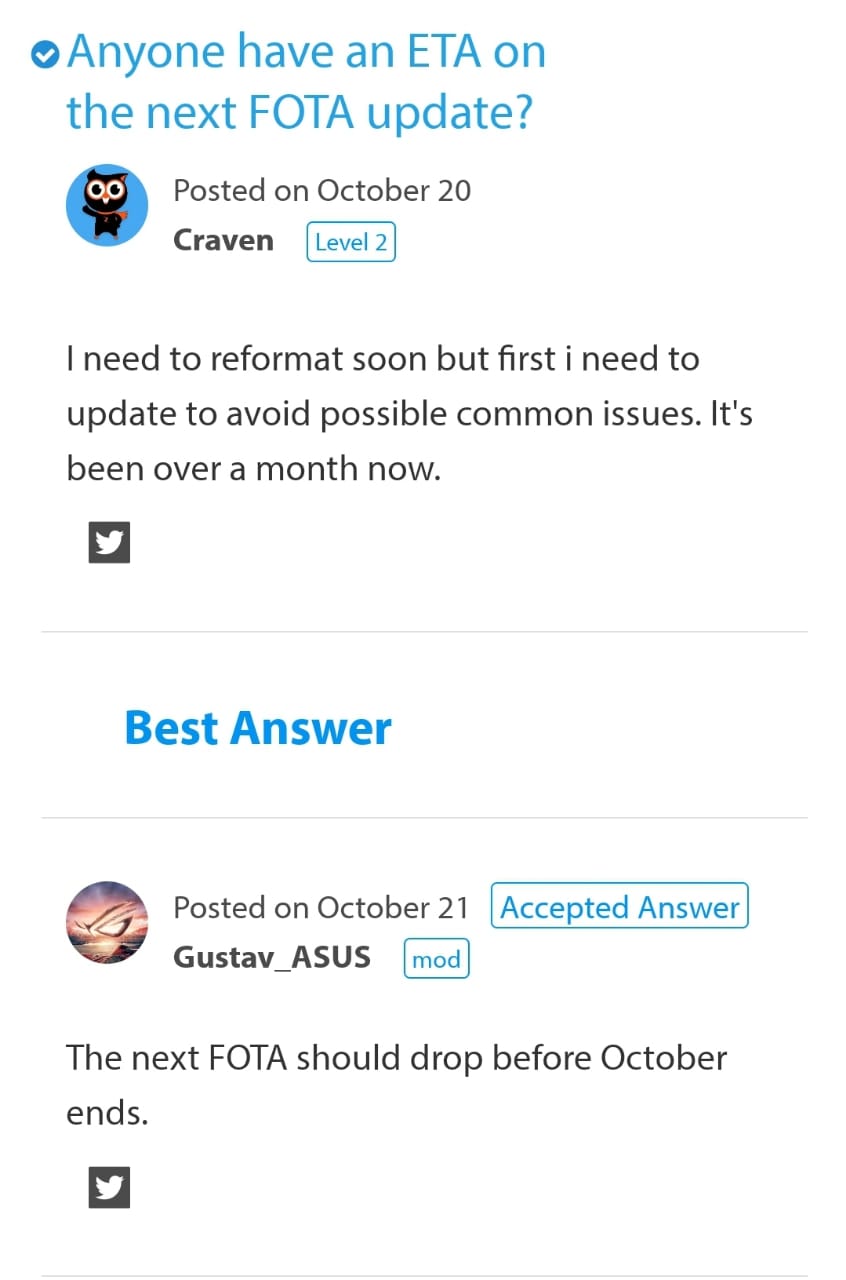 Further in the forum, Gustav_ASUS mentioned,

We’re making further tweaks to the display with the next update. Please check after updating and get back to me with your feedback.

According to Asus, they have fixed the Black crush issue, but users are still facing this issue. And hence, we expect that this update will bring fix for all the black crush issues and battery drain issues.

We can also expect Asus to start the Android 11 beta program for ROG Phone 3 before 2020 ends.

Asus is known for adding bugs more in the new update than adding fixes. In the case of ROG Phone 3, the last update came with a battery drain issue and the update before that brought a black crush issue. So, what do you think this update will bring? bugs, or fixes? Let us know your thoughts in the comment section.

We are continuously tracking reports related to ROG Phone 3 & will update you with more information whenever it arrives, so stay tuned! Follow our website to get technology updates as soon as we publish them.