Among Us Minions Mod : What is it

Ever wondered how cool it would be if the minions are introduced in Among Us? Well, this Among Us Official Minions mod does the same. Here’s everything you need to know.

It is a known fact that Among Us was one of the highest-grossing games in the mid-2020s with over a million concurrent players. It had such an influx of players at a time that the game servers weren’t able to keep up with it. Frequent crashing became a part of the game and fortunately, it was fixed after a while. However, it is disheartening to know that, Among Us’s popularity has deteriorated to such low levels that it now only has over 10K concurrent players according to the Among Us Steam charts. 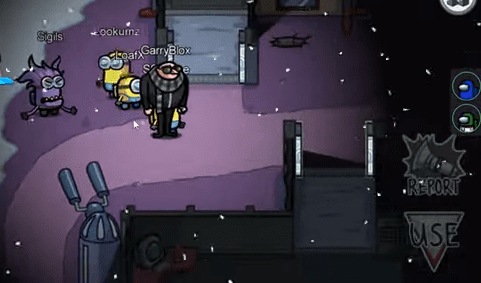 The game is best enjoyed when played with friends and with the ongoing pandemic situation, this game managed to maintain the engagement in such a dramatic fashion, that everyone was hooked to the game. Since the golden days of Among Us are far behind us, to attract new players, mods are making their way into the game featuring new content and game mechanics. Here, we are talking about this new Minions mod for Among Us.

Among Us- Minions Mod

In this Minions Mod for Among Us, you can transform into 4 different characters including Gru himself, the purple minion, the tall minion, and the short minion. If you are an impostor, each character will have a different way of hunting down and killing fellow crewmates.

Well, it is no wonder that this mod is one of the best mods for Among Us. So, what are you waiting for? Take a look at it in the video provided here.