Among us guardian mod explained : Here’s how to download ?

Indie games have experienced a significant rise in users over the course of the pandemic. One such game that has redefined both streaming and gaming across all platforms is Among us. The premise of the game is simple, you are either a crewmate on a spaceship, who is supposed to complete the assigned tasks or you’re an imposter, whose job is to hide, exploit and kill crewmates when no one’s watching.

Each game hinges around the crewmates finding out the identity of the imposters or the imposters wiping out a significant number of crewmates before their identity is revealed. Developed and published by Innersloth, it was released on iOS and Android devices in June 2018 and on Windows in November 2018, featuring cross-platform play between these platforms. 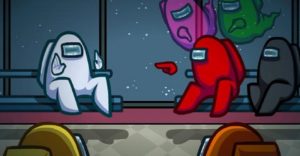 Recent developments in the game include the much anticipated arrival of the guardian mod. Developed by a famous twitch streamer who goes by the name ottomated, the guardian mod assigns new roles to every player in order to inculcate a more comprehensive and dynamic experience for everyone involved. Some of the salient features of this mod are:-

1) Players can play as a SNITCH, where they get a Yellow coloured name and the imposters are revealed them after completing all their tasks.

2) The SHERIFF’S role is essentially that of a crewmate’s but with a kill button to kill Imposters. IF THE SHERIFF KILLS A CREWMATE, BOTH OF THEM END UP DEAD.

3) The guardian role enables a guard button for players. Upon using the guard button, a guardian can protect a player for a short period of time.

The steps to download this mod are as follows:-

STEP 1 – This isn’t an official mod, so if you’re playing the regular version of Among Us there is no way to access it. To play a match of Among Us that includes the Guardian role you’ll need to find and download a reliable and virus-free version of the Guardian mod online. The best way to do that is to join Sockfor1’s discord server  discord server  until you can access a download. After doing this, you’ll have access to the new role and can play it with others.

STEP 2 – Once it’s downloaded, make sure you don’t try to use it in the normal version of Among Us. Especially once an account system is implemented, modding the game and playing with others who didn’t agree to it can cause frustration and possible ban.

STEP 3 – This mod is ONLY AVAILABLE if you’re running the MODDED VERSION OF AMONG US ON PC. If you aren’t using the modded version, you won’t be able to play the modded game.

These mods have redefined the game and its fanbase, and will continue to do so as Innersloth is planning to release more and more mods in the official version of the game. Happy gaming!!!