Among Us Christmas update – New upcoming leaked skins and pets

Among Us is a multiplayer game released by American game studio Innersloth on 15th June 2018. It gained massive recognition in the month of Aug- Sept 2020 as the game was filled with more than 1.5 million concurrent players. At times, most of the servers were overloaded with the sudden spike of players in-game. Since then, Among Us is one of the best stress buster multiplayer games that you can play with your friends available on the internet.

Among Us- New update

The Holiday Season is here. With Christmas and New year approaching at a rapid speed, a new Christmas-themed Among Us update awaits us. The game will be getting a new update which will consist of some new changes made to the game and the inclusion of new in-game content. However, this update will be available on PC only for now. It was expected that the update will be made available to download on December 10th, but that’s not the case.

With the new update, a new map Airship is going to be introduced in the game.

Among Us- New leaked Skins and pets

According to recent leaks and news, with the new update, Among Us will be getting a new pet and a new skin.

A photo has been revealed that showed a new Twitch pet will be added in the new update. 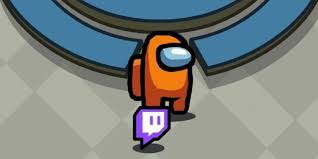 It is not a custom pet. It will be made available to purchase after the new update.

The new Right Hand Man skin bundle in Among Us will be available for purchase at €2.29 as revealed in a photo. The bundle contains various Christmas-themed hats and a Terminator-like skin which can be equipped in the pre-match menu.