American Airlines, a US airline which has Dallas/Forth Worth International Airport as its largest hub is currently facing technical issues with its website.

If it is not working for you. Fret not, you are not alone as many users are also facing the same issue. 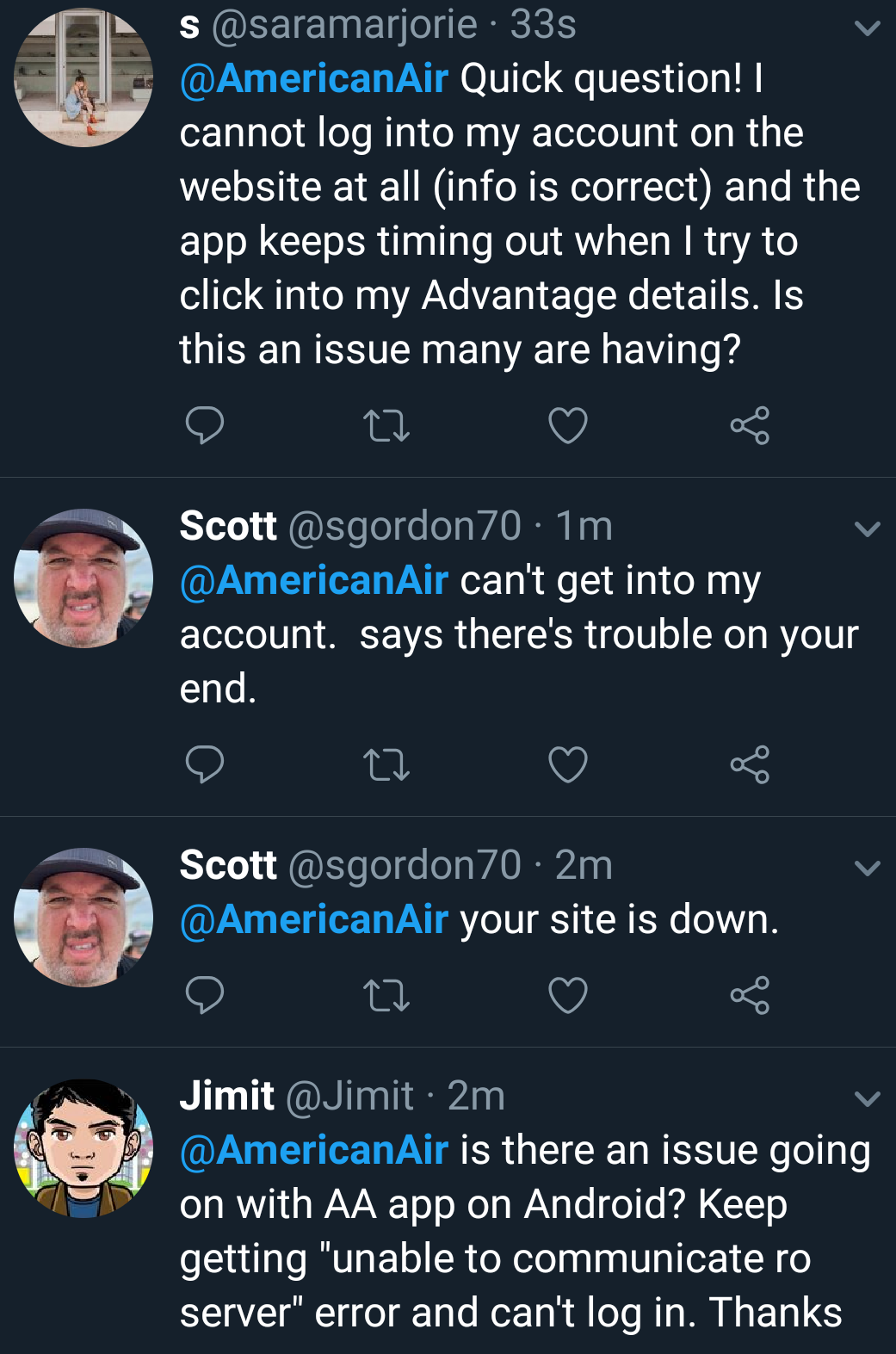 An outage tracking website, Down Detector also confirms that the American Airlines website is indeed going through some glitch & outage in several locations. Have a look at the outage map down below. 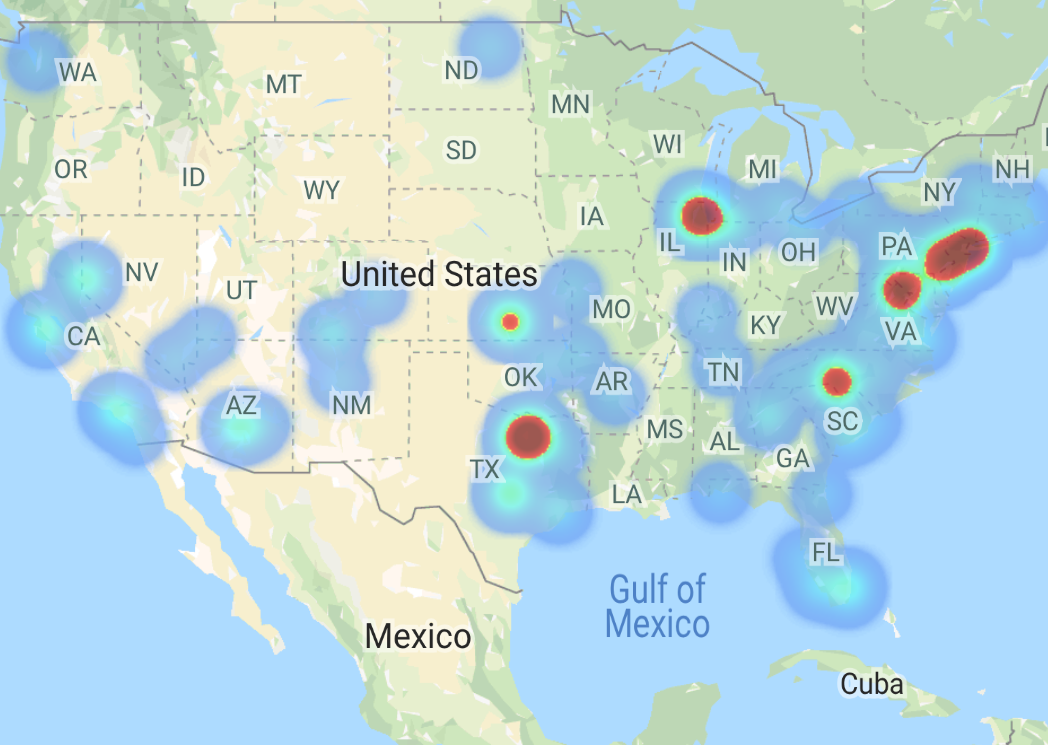 So far, there has been no official response from American Airlines officials. But we certainly hope that their team is looking to resolve these issues at the earliest.

Rest assured, we are keeping a close tab on all the developments regarding this issue. Whenever any update or fix arrives for the same, we will update the column.
Let us know below in the comments if you are also encountering issues with American Airlines website.

American Airlines official Twitter handle replied to the complaint of a user saying there is no problem from our end. Please try cleaning your cache and opening a new browser. Check out the tweet below: 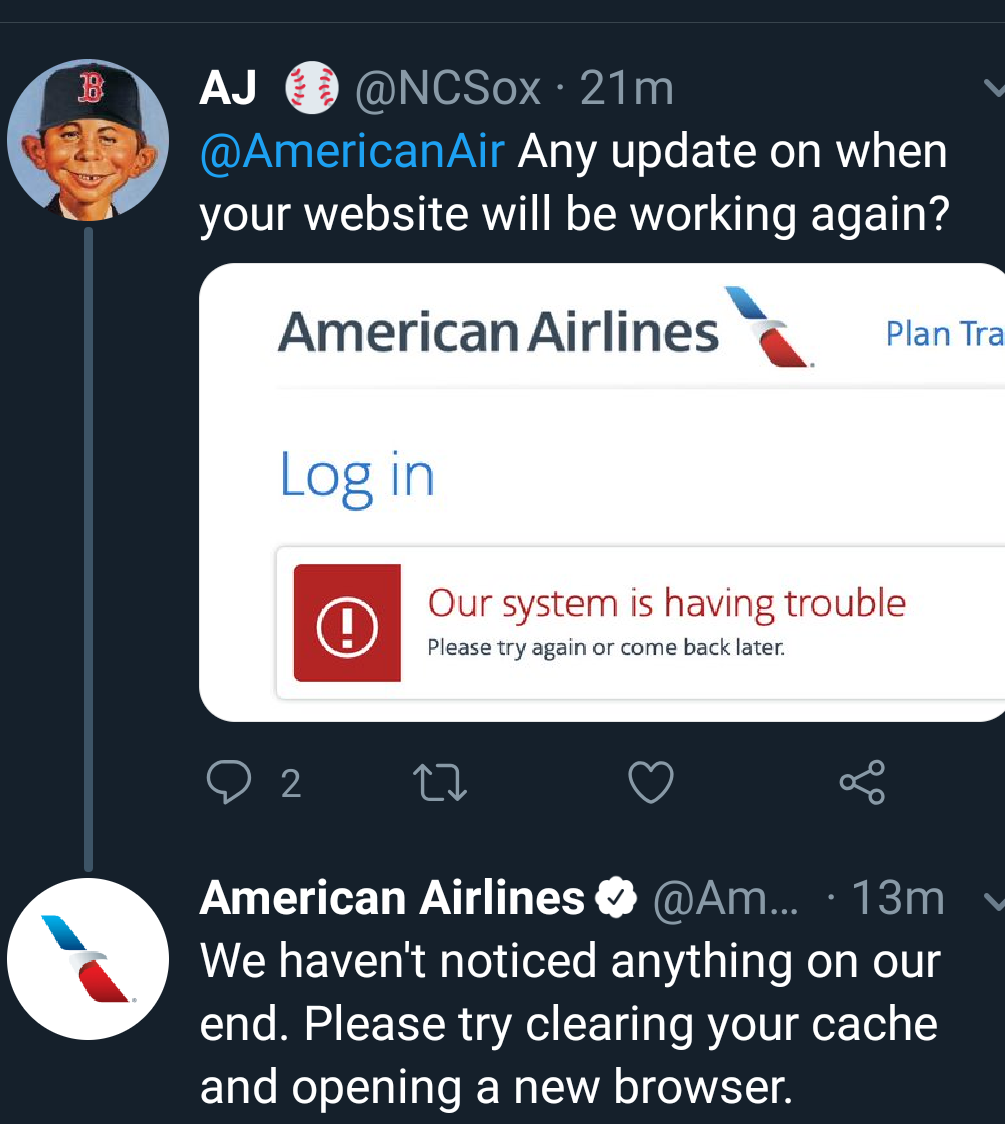 [official update] American Airlines website down & not working for many users