The internationally successful game “Adopt Me”, built on the Roblox platform has released a new update on August 16, 2021. The Journal update brings a new feature to the game aimed at those who enjoy collecting items. we will further discuss more regarding this exciting update in this article.

Adopt Me players became aware of the Journal update when it arrived in the test servers that Adopt Me runs where players can test upcoming updates before they are added to the main game, to join Adopt Me test servers, players playing the main game are randomly selected.

Though the Test lab is private and players are randomly selected, during official testing times.

We would suggest following Test Lab on Roblox for more updates regarding active testing. 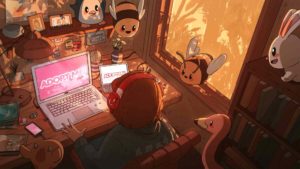 This update is great for those who focus on the collectible aspects of the game, players will be able to check what all collectibles they own, what is missing, and the origin of these items.